Sometimes I want something simple. Something easy to do and sometimes, something just for one. I am a fan of eggs and I try to have it as much as possible. Eggs are a good source of protein and my vegetarian daughter who doesn’t eat meat enjoys eating eggs. It’s why there’s always an egg salad, deviled eggs or something egg related being cooked in our house. Actually our Avocado Egg Salad is one of her absolute favorite. However our Potato Crusted Baked Eggs that I’m sharing with you today is also one that she just loves to make. The recipe is also gluten-free for those who can’t eat gluten. 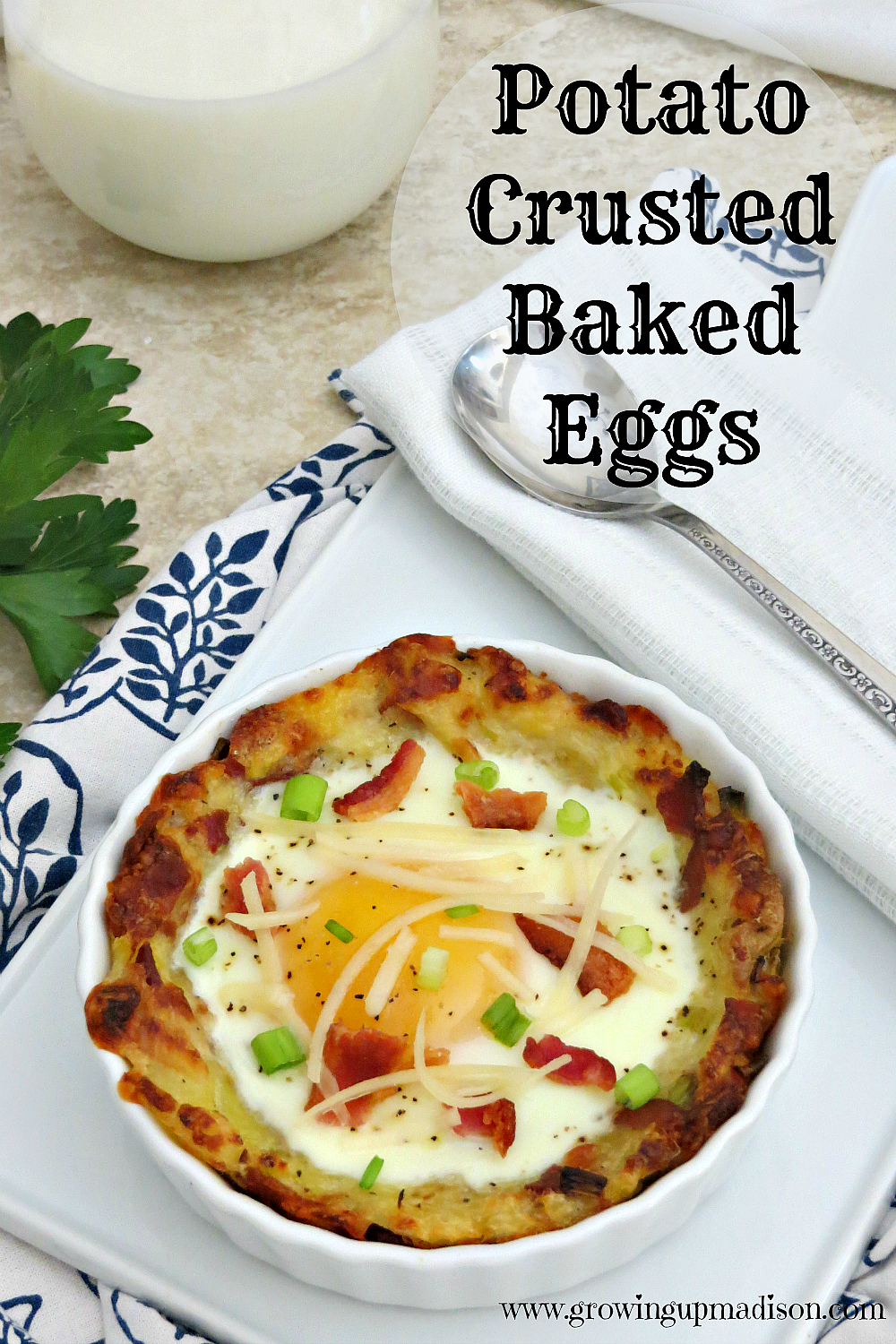 Remove the potato from the microwave, roughly chop it and put it in a bowl. Add the sour cream, salt, pepper and most of the green onions and Parmesan. (reserve a few pieces of green onion and Parmesan to sprinkle on top.) 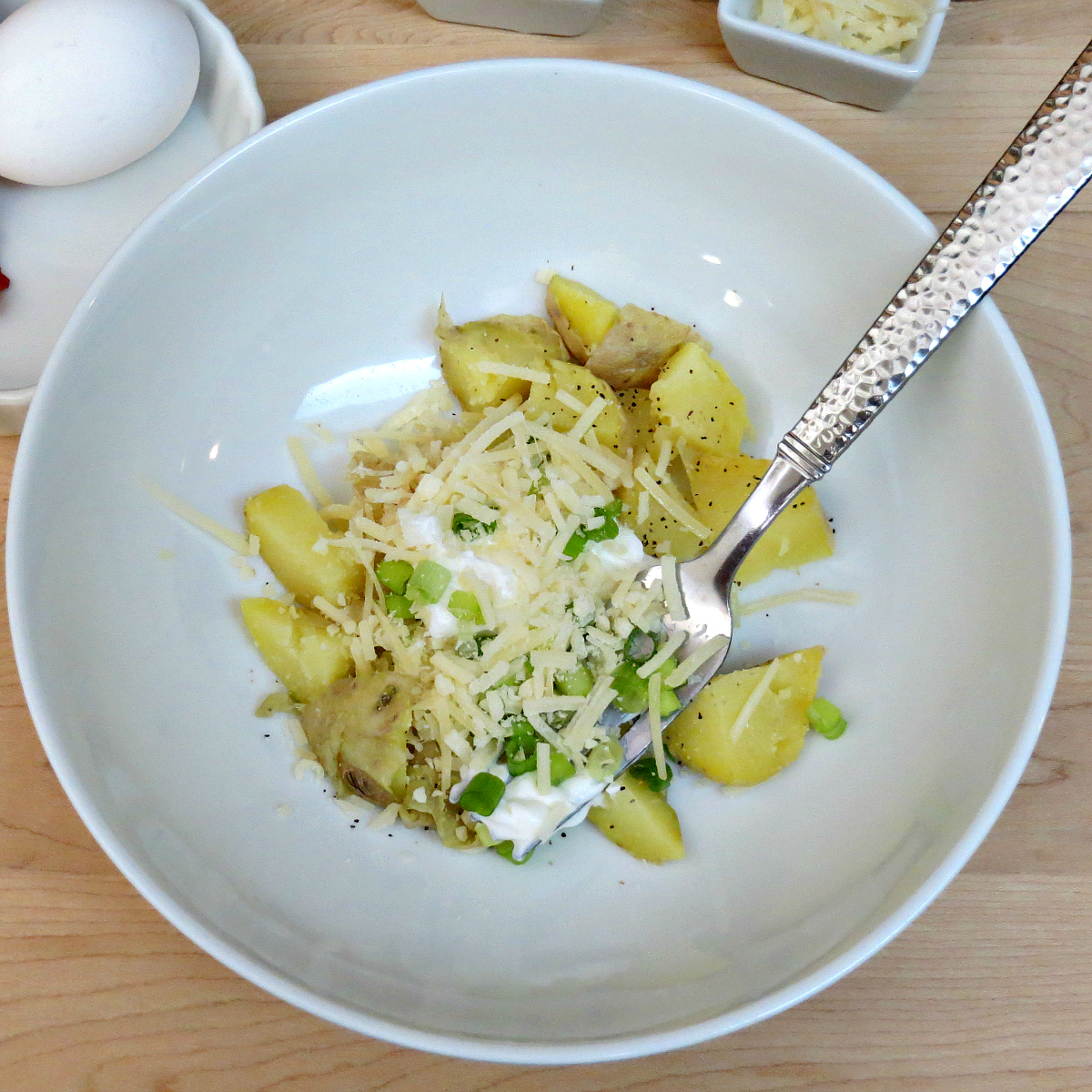 Mix the potato mixture with a fork until roughly mashed and combined.

Crumble the bacon and add most of it to the potato mixture. Reserve a few pieces to sprinkle on top. 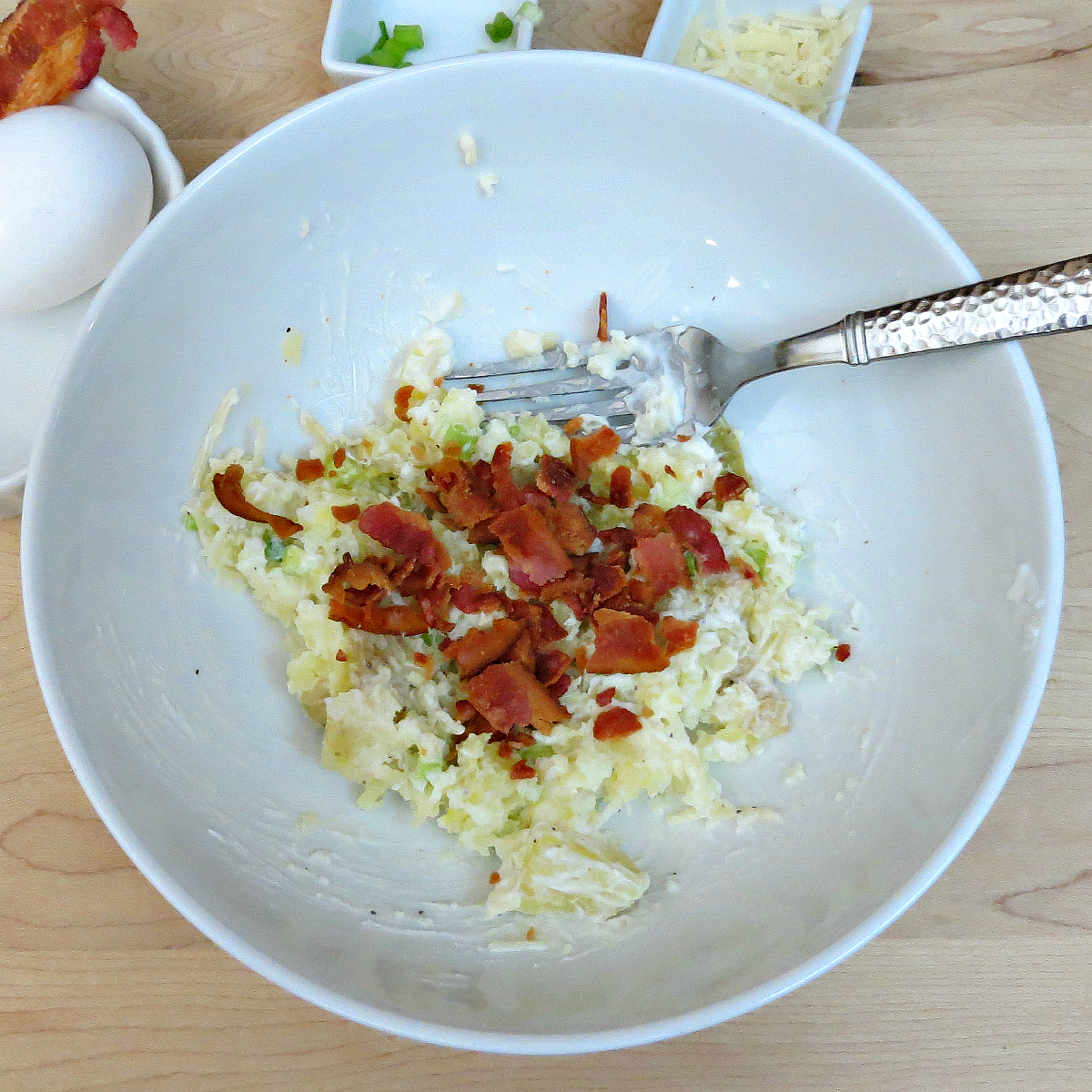 Press the potato mixture into the ramekin to form a crust on the bottom and up the sides. Be sure to leave a well in the center for the egg. 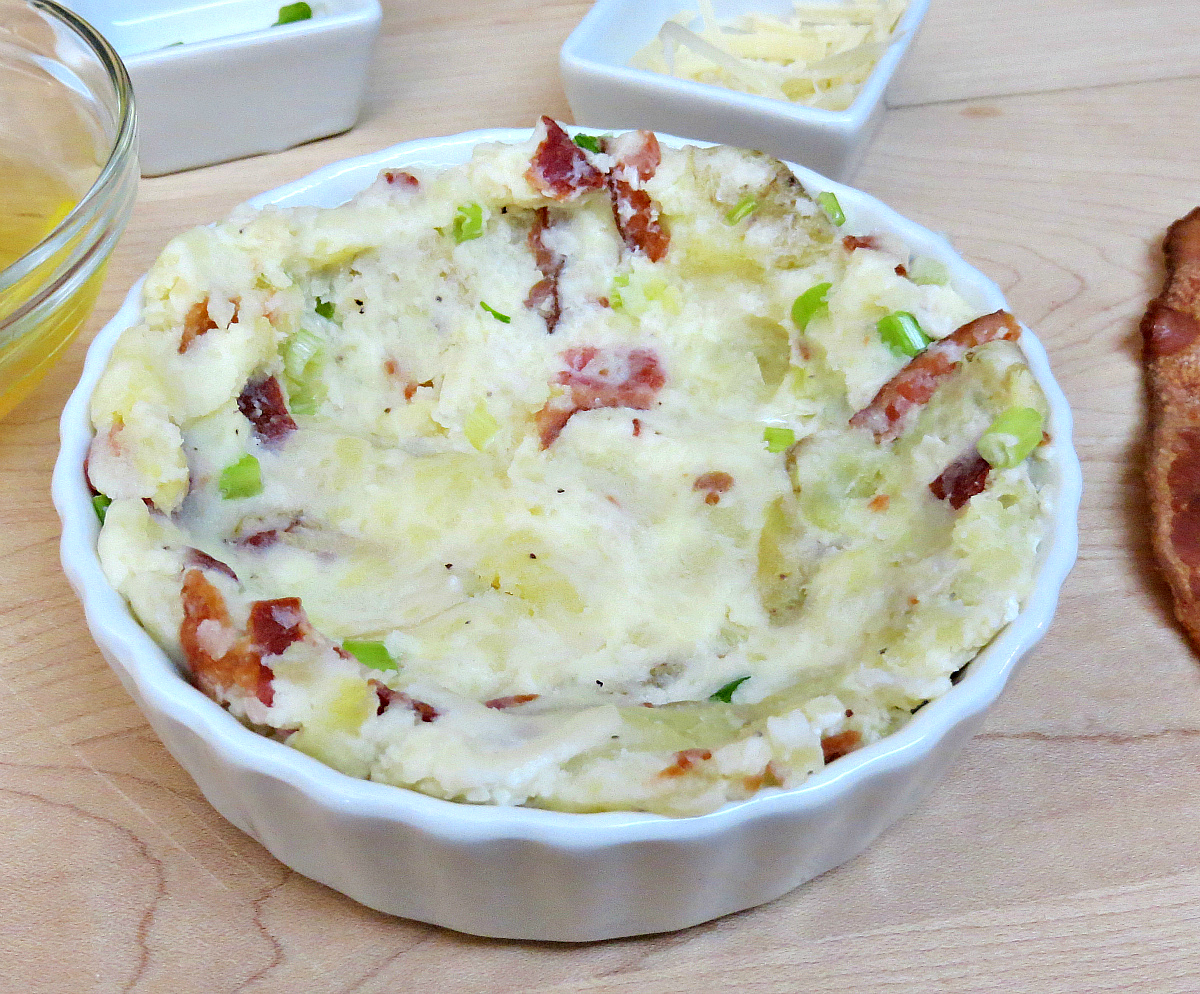 Place in the oven and bake for 10 to 15 minutes or until the edges are lightly browned.

Remove from the oven and crack the egg into the center. Sprinkle the top of the egg with a little additional salt and pepper, if desired. 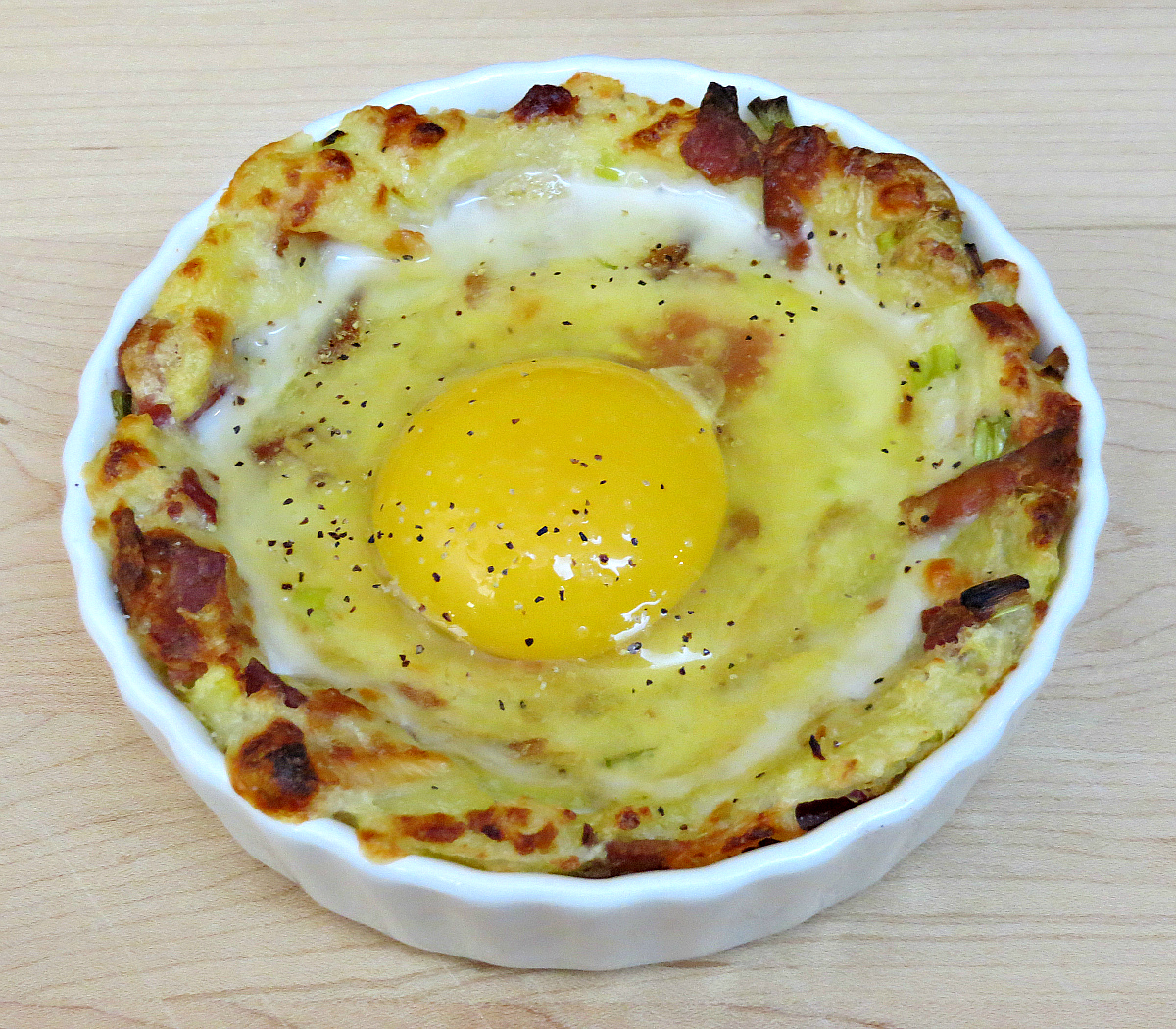 Place back in the oven and bake for approximately 10 to 12 minutes or until the egg white is completely set.

To serve, sprinkle with the remaining green onion, parmesan and bacon. 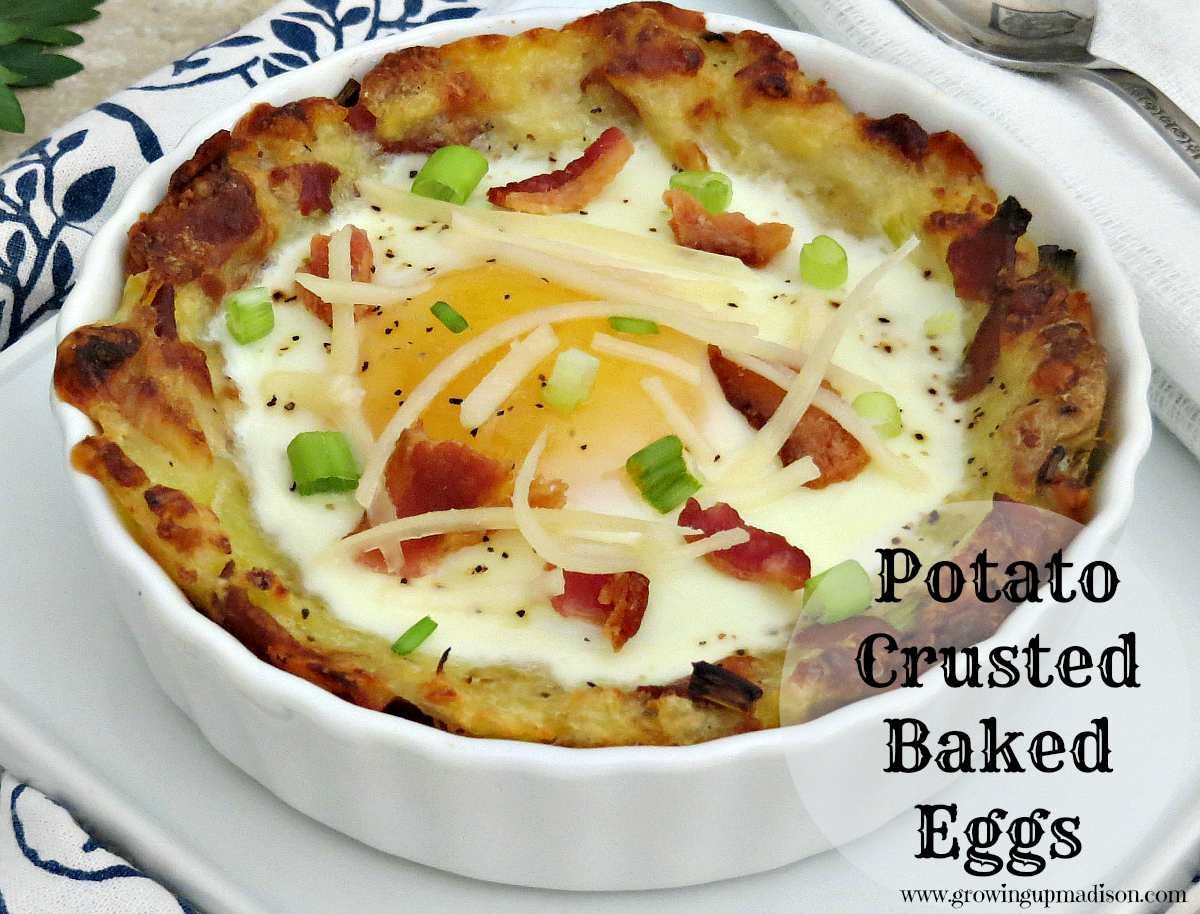 Feel free to use any kind of cheese you want in this. Cheddar or Gruyere would be delicious!

You could also replace the bacon with ham or turkey sausage or leave it out altogether.

If you want to double or triple this recipe but don’t have multiple ramekins, you can do it all in one large pan. Just bake the potato crust a little longer, and use the back of a large spoon to make indentations for the eggs.