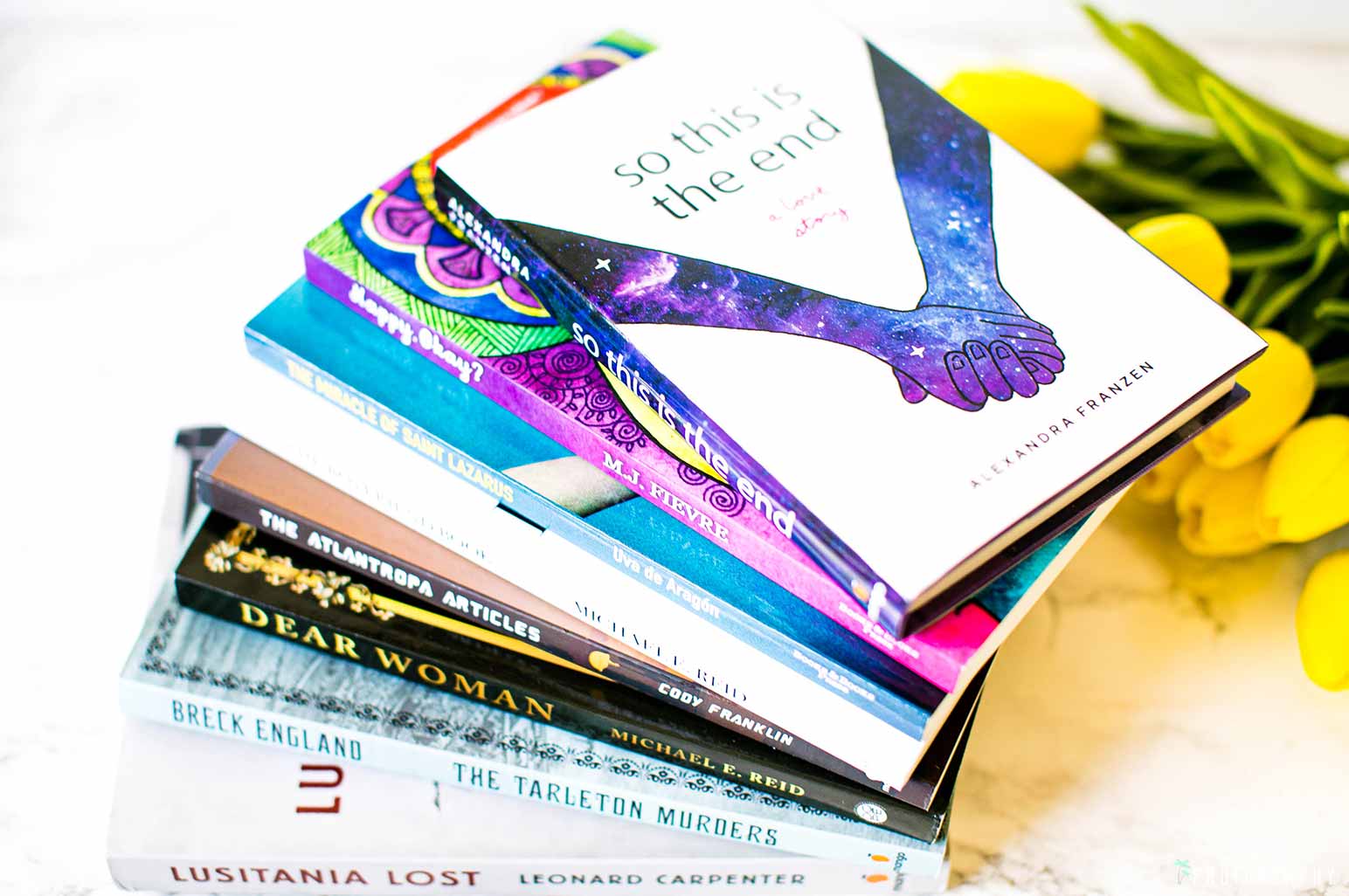 The world, as we know it, has drastically changed. We’re at home now practicing social distancing and distance learning. However, it’s fair to say that we’re all in need of some unwinding right now, especially teens, young adults, and even older adults. What better way to unwind and escape into a different world than with some great books?

With so much time on our hands, most of us have picked up new hobbies. We’re now doing things that we haven’t done in ages, including reading more, and these intriguing cozy fiction, ranging from dreamlike romance to edgy sci-fi and even true stories, would be a great addition to your bookshelf.

Here are eight great books that you should read right now. 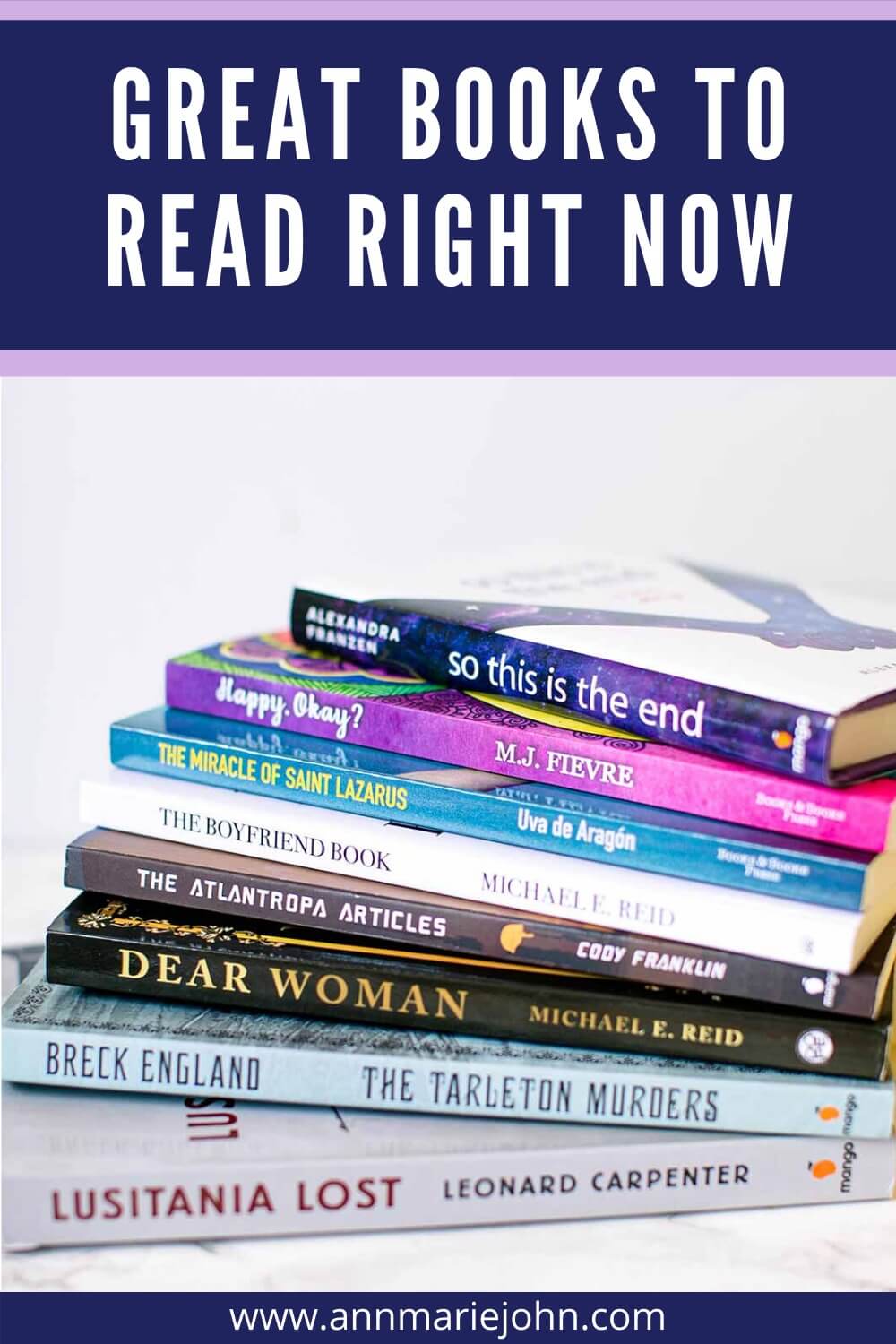 THE TARLETON MURDERS: SHERLOCK HOLMES IN AMERICA by Breck England

Historical Fiction Thriller: The Tarleton Murders, the record of “one of those pretty little problems” Holmes solved in the pre-Watson years, has never been brought to light until now. The discovery of this previously unknown manuscript opens a window onto the mysterious early years when Holmes was struggling to set himself up as a “consulting detective”―a previously unknown profession. “I have often wished that I had notes of those cases,” Watson said of Holmes’s early work, and so do we! But in The Tarleton Murders, we have an account written by a Watson before there was a Watson. An old schoolmate, now a Jesuit priest, comes to Holmes with an alarming coded message that menaces a respectable nun.

The Early Sherlock Holmes: So begins a frantic journey that takes Holmes and his friend from Rome (where they save the Pope) to Paris to London to Liverpool, across the Atlantic during the most dangerous hurricane in twenty years, to the backwoods of Georgia (infested by the Klan), and eventually into the midst of Atlanta’s highest society―with growing awareness of a plot that threatens the very existence of the United States. What Holmes called in his usual understated fashion “a pretty little problem” turns out to be “a pretty big problem” indeed! Along the way, we encounter George Bernard Shaw, Joel Chandler Harris, Pope Leo XIII, the artist Mary Cassatt, Moriarty himself―and Moriarty’s wife! And amid the fun, we make some astounding discoveries, such as the true identity of Moriarty, the fate of the Vatican Cameos, and to top it all off, Mycroft’s schoolboy nickname.

The Tarleton Murders is just a corking good story that any mystery reader will love.

SO THIS IS THE END: A LOVE STORY by Alexandra Franzen

A moving romantic drama: One more day. One more chance to tell your family how much you love them. One more chance to say goodbye to friends, listen to your favorite song, throw an epic party, feel the grass beneath your feet, or watch the sunset. How would you spend your time?

So This Is The End follows Nora Hamilton as she navigates her final 24 hours. She’s determined to do something meaningful and make every moment count.

Enter: Renzo. Ren, for short. Strong, compassionate, unfairly attractive, with a face that makes Nora’s stomach explode into stars. Their connection is immediate, with white-hot intensity. Nora is wracked with bittersweet joy and confusion as she realizes, “I’ve finally met the love of my life… on the last day of my life.”

Should she tell Ren the truth about her condition―tell him she doesn’t have much time left? How will he react? Is it unethical to allow yourself to fall in love with someone when there’s no possibility of a future together? Or is love a precious gift, no matter how long it lasts, even if it’s just for one day? 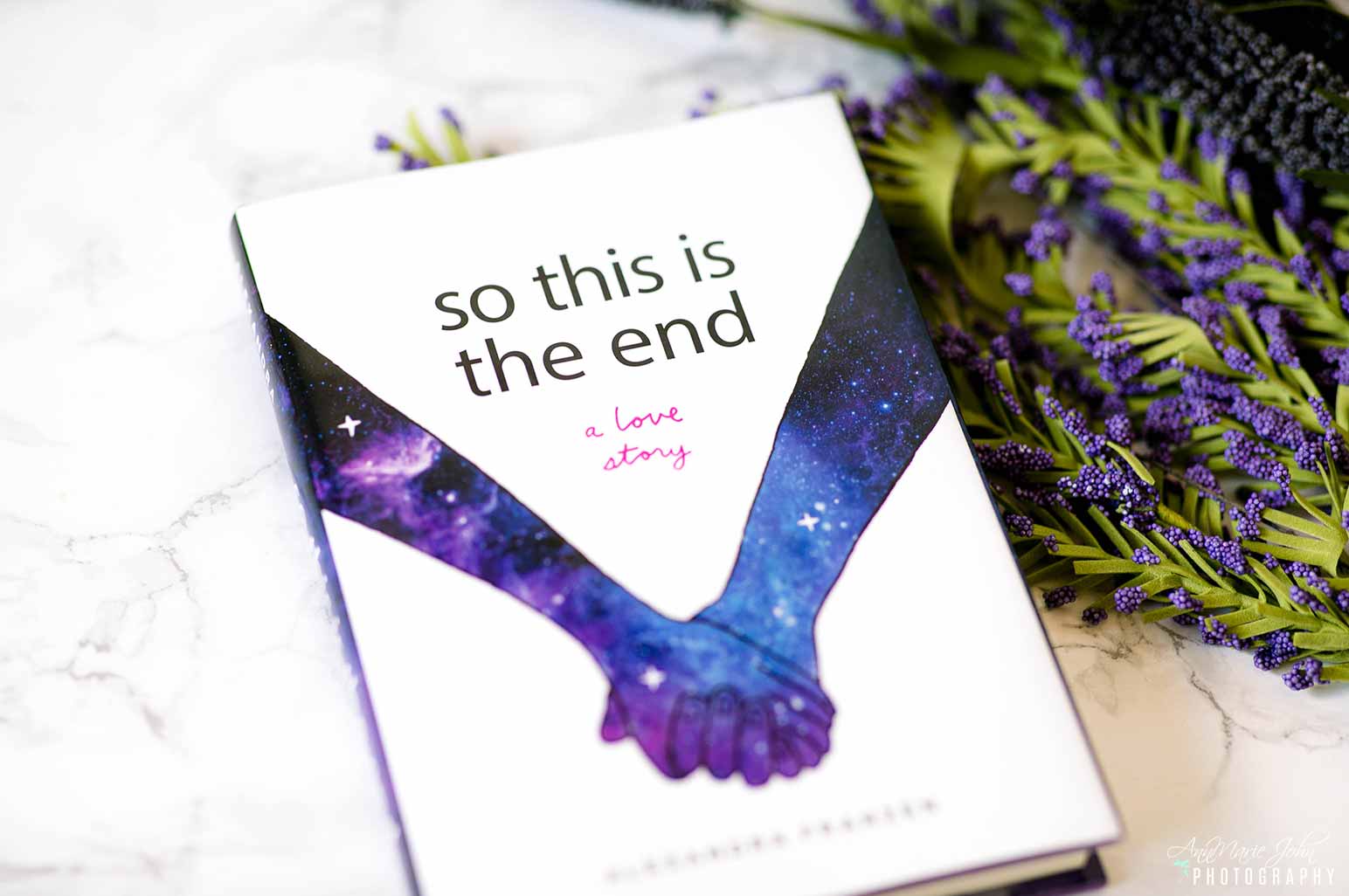 History, romance, action. This is the final voyage of the Lusitania, the world’s fastest luxury liner, torpedoed by a German U-boat in the first year of the Great War.

Desperate to escape Big Jim Hogan and his murderous gang, Alma Brady joins a group of nurses bound for the Great War in Europe. Their ship is the Lusitania, the most celebrated luxury liner of 1915, with a passenger list of Broadway and Continental celebrities headed for certain doom. Aboard the Lusitania, she meets Matthew Vane, a war correspondent who wants to find out what weapons may be hidden in the Lusitania cargo hold.

Even with the threat of German U-boats and the too-recent Titanic disaster, who can guess that the passengers aboard Lusitania face dangers more horrifying than any on the war-torn battlefields across the Atlantic? Nor does Alma realize how relentlessly her past will pursue her. And the lover she finds in a daredevil reporter may lead them both into even greater peril, or give rise…just possibly…to hope.

The author of the Conan the Barbarian series turns his novelistic eye to the real-life history of World War I in a “Titanic meets The Guns of August” spy thriller.

THE MIRACLE OF SAINT LAZARUS: A MYSTERY TWENTY YEARS IN THE MAKING by Uva de Arago

Miami, Florida 1992: A few weeks after Hurricane Andrew wreaks devastation and havoc across South Florida, a father and his infant daughter crash their car into a canal. The man’s body is recovered, but his baby girl is never found.

Twenty-three years later: After reports of alleged sightings of the girl, the case is reopened by police. Detective Maria Duquesne has been assigned to the case, but she has very little in the way of clues. Is it really possible that the girl has not died? Or is this simply the persistence of a desperate mother who will not accept the death of her daughter?

A cozy mystery with a unique lens: Author Uva de Aragón provides a multifaceted portrait of the Latino communities of Miami and Hialeah, creating an exciting thriller that will appeal to readers who enjoy mysteries with female sleuths. 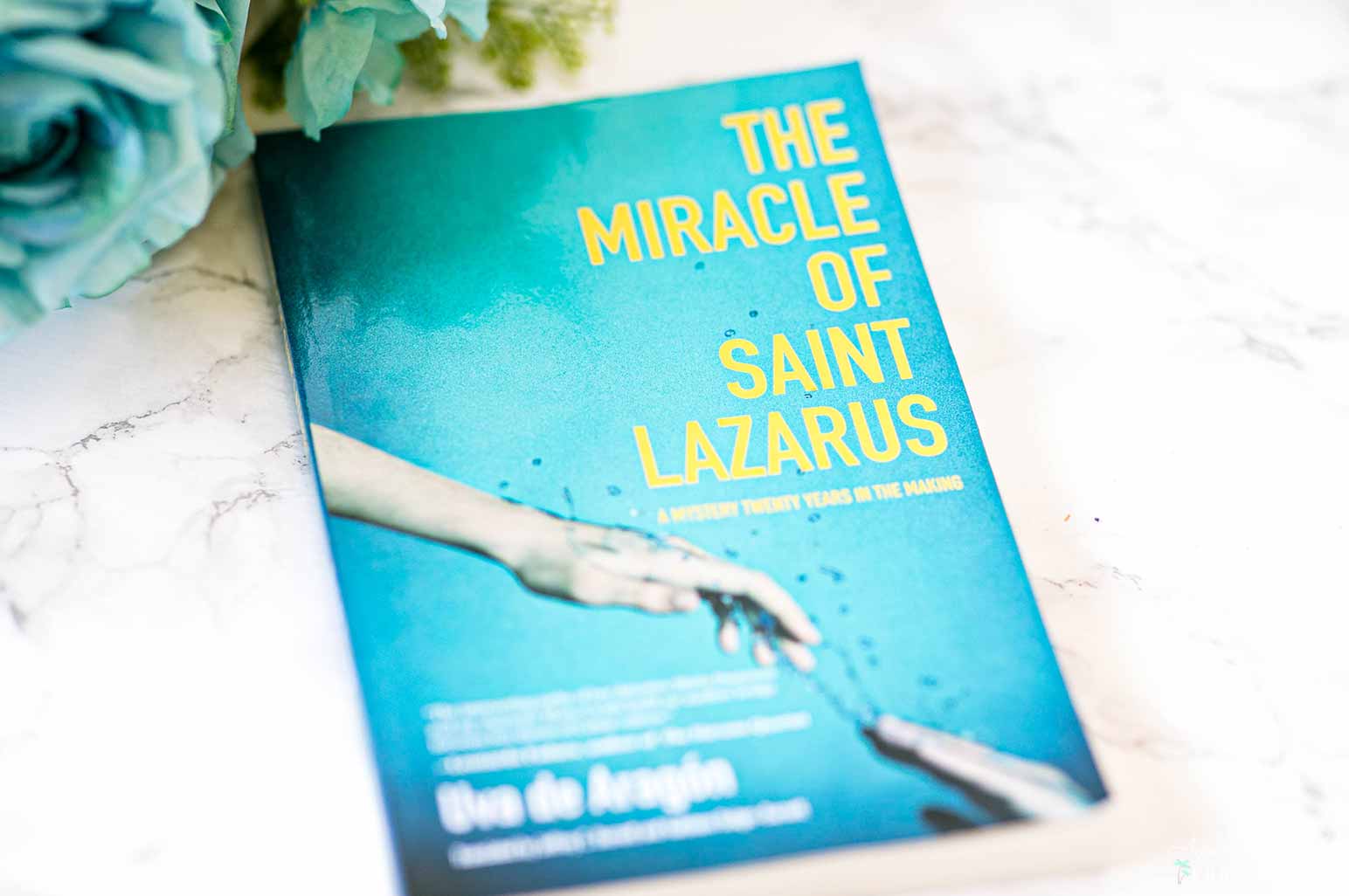 THE BOYFRIEND BOOK by Michael Reid

300 women sat down with Mike, and after three hours, 299 of them agreed that they never wanted a boyfriend again. The Boyfriend Book tells you why.

Before you open this book, ask yourself: Where am I now? What are my struggles? What sort of pain do I carry? What parts of myself have I lost? Then, figure out where you want to be. This book will get you there. The possibilities for rebirth and reinvention are endless—but it’s ultimately up to you to make it all happen. This book will help you find a way to go forward—to concentrate on yourself. Read it slow. Plant the seed. Let it grow.

THE ATLANTROPA ARTICLES: A Novel by Cody Franklin

In an alternate timeline, World War II never takes place. Instead, a plan is put into effect by Hitler and the Nazi party to drain the Mediterranean Sea. They promise fertile land, millions of jobs, and endless energy. New land to be settled. Living space for a crowded continent. All of Europe came together and signed a treaty to realize this new world, it was called ‘The Atlantropa Articles’

Nazism Survives in A New Europe: by promising to bring endless energy through hydro-electricity and employing millions to build the dams, fascism only cements itself as a mainstream ideology. Hitler is seen as a modern Napoleon, one of the greats for his time. Nazism never disappears.

The Reich Remains Eternal: Two millennia later, the Reich run the world. Aryans have become a race of their own, outnumbering their neighbors and ruling with a messianic passion towards Hitler. Europe has been united under the banner of the swastika.

The Sea Is Gone, the Promise Failed: But the plan of a fertile, lush land was never realized. The project took decades longer than anticipated. By the time it is completed, what they find is a salty barren world. Now the Mediterranean Sea is a desert basin known only as the Kiln. Southern Europe has been abandoned. This is where Ansel’s story begins. A tale of discovery, lies, and false prophets. The Atlantropa Articles is an astounding science fiction, alternate history tale that will thrill and transport readers with its detailed world and startling intimacy. 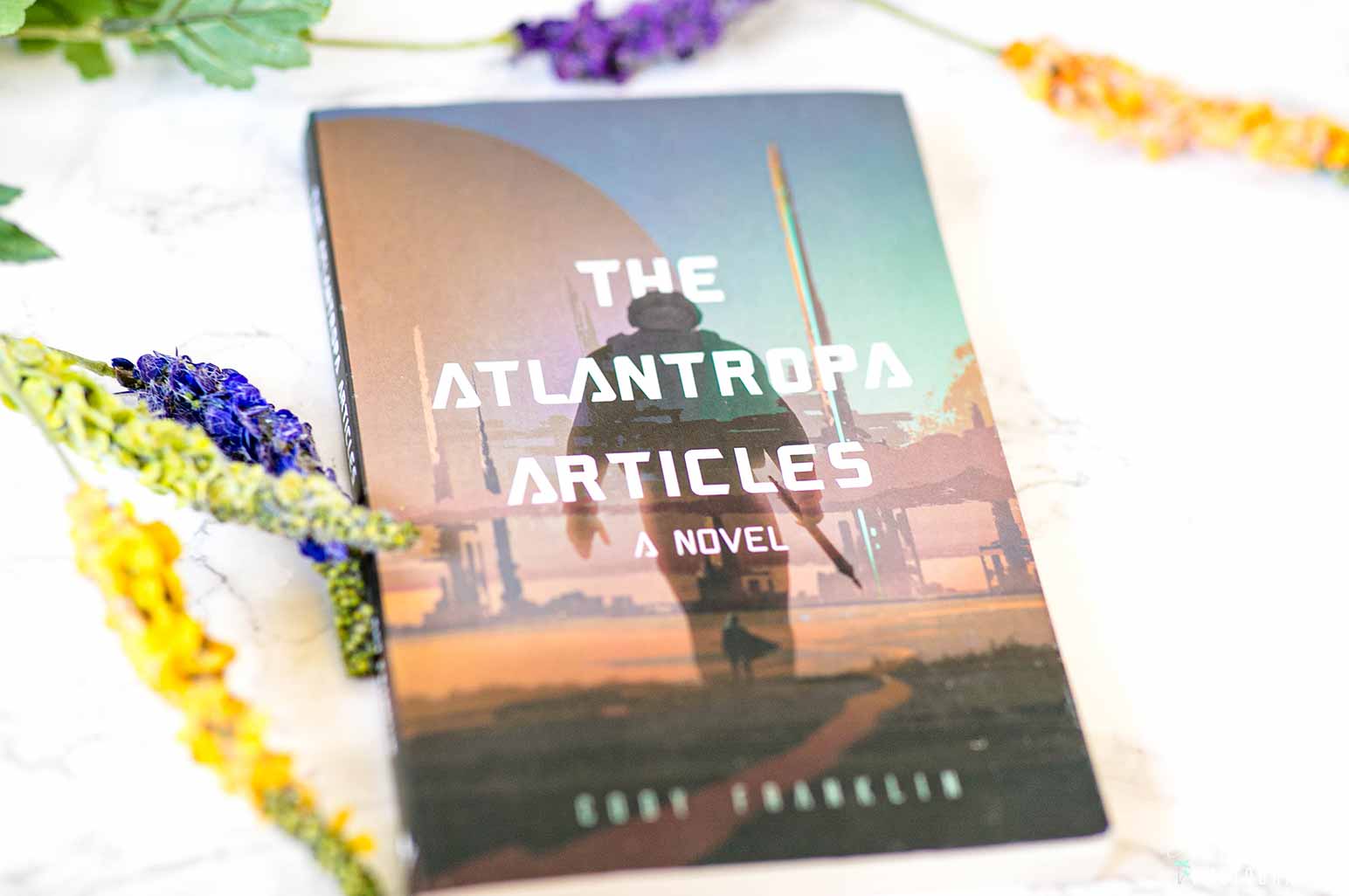 Stop cutting yourself short: You must wear your crown at all times. If you were waiting on someone to give it to you, Dear Woman is here to inform you that you can give it to yourself. Every woman is a queen, especially you. Put your crown on and get ready to rule.

Take a journey: No one has just one page in their life story. That’s why Dear Woman has everything—quotes, letters, short stories, and poems to educate, motivate, encourage, and provide a little tough love. This open letter is just as multifaceted and inspirational as you are.

Want the best for yourself: Michael E. Read wrote this book because he wants nothing more than for you to be the best woman possible, regardless of circumstance. In Dear Woman, he encourages you to feel the same way. This is more than a self-help book, more than just relationship advice for women—though it does include both of those things. No, this inspirational open letter, full of poetry and wisdom, is life advice just for you.

Paloma is faking it. On the outside, she’s A-Okay. She’s electrified at work, there is a cadence in her step as she walks her dog, she posts memes on Facebook, and she keeps up with most relationships. Looks can be deceiving, however. Inside, Paloma is just going through the motions, and she feels like things are spiraling out of control. But when things are at their darkest, dawn arrives with clarity and focus, and with it, healing. Paloma learns to value small glimmering moments of joy rather than searching for constant happiness, thus building hope for her future.

Happy, Okay? is not merely a narrative spun in verse by a masterful poet. It is an invitation to readers to shake off the stigma and silence of mental illness and find strength in the only voice that matters: your own. 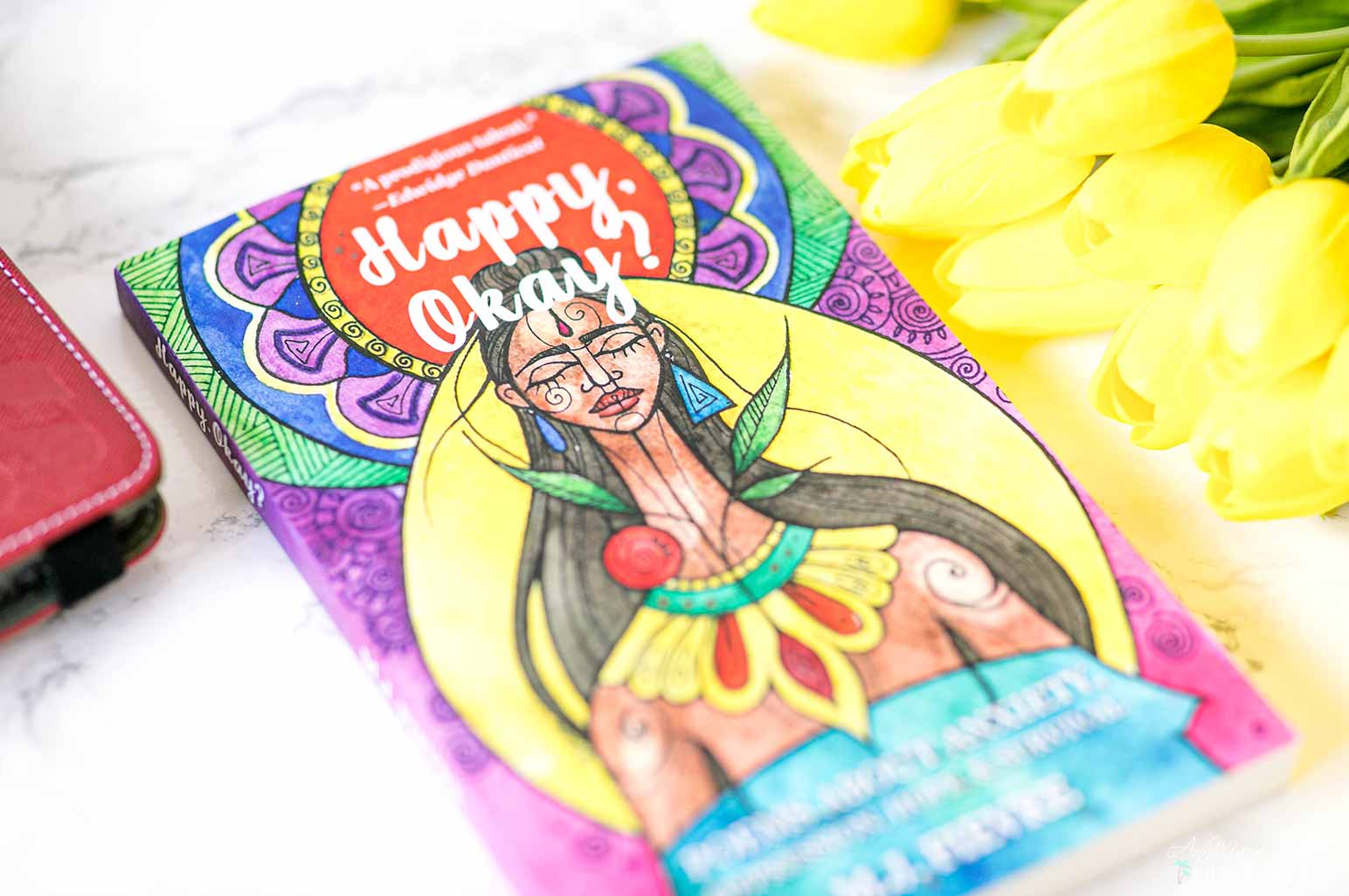 We hope that these bingeable books will help you cope in our current non-social distancing world. So grab a book or two and escape through the pages.