Since the beginning of civilization, man has looked up at the sky in awe, trying to figure out the mysteries of the blue canvas above the Earth. No matter what theories we had, the sky fascinated us. The changing colors of the sky form a masterpiece above the horizon every day.

Sometimes, clouds form familiar patterns and capture our imagination. Poets have written great verses about the magnificence of stars. After a stressful day, it is always calming to sit outdoors and admire the stars. But because of light pollution in the cities at night, no stars are visible in the night sky. If you are a nature enthusiast or just in awe of the sky, here are five best locations for exploring the skies in 2019. 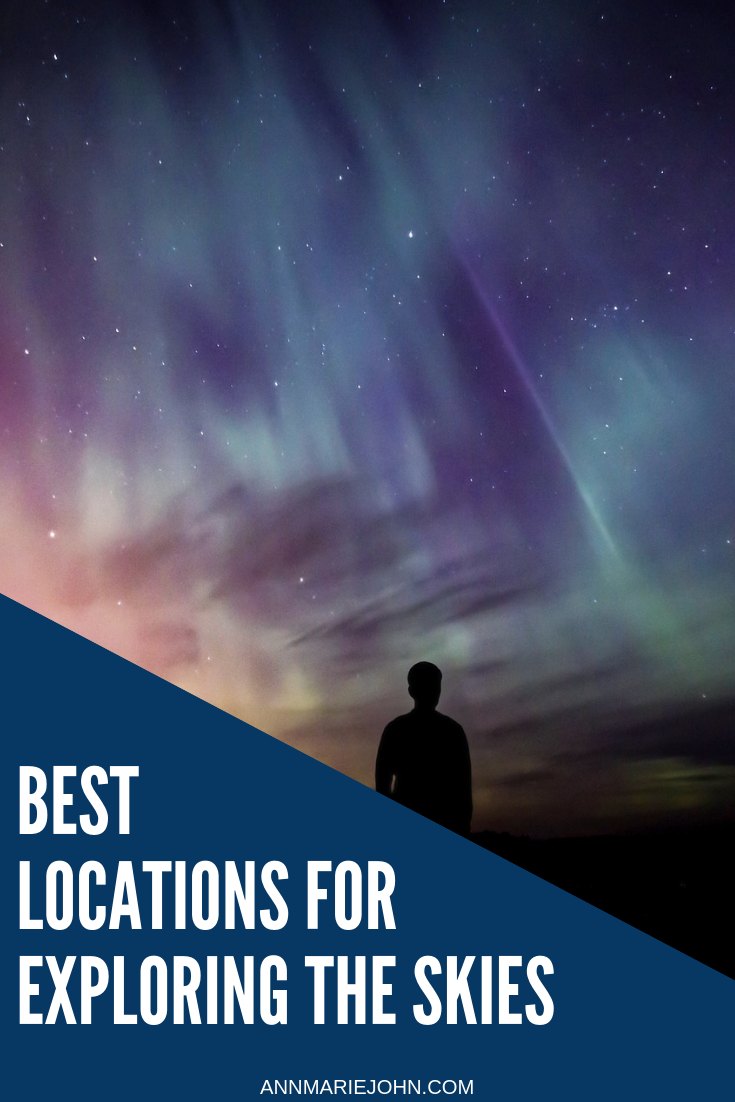 The Lapland regions in the north of Finland are the first in this list, because of a stunning phenomenon called the Northern Lights. The Northern Lights, or Aurora Borealis, is a natural phenomenon that causes the night sky to light up in vibrant hues of green, pink, violet, etc. The Northern Lights appear on clear starry nights in the regions near the North Pole when electrically charged particles from the sun collide with the Earth’s magnetic field.

The collision of these charged particles with Oxygen produces verdant greens and yellows. Interaction with Nitrogen causes bright red, pink, and blue lights in the sky. The Aurora Borealis is a magical sight. You can experience this stunning phenomenon in the Lapland regions of Finland often on clear nights from September to March. The best vantage points are all places away from light pollution. Go further away into the wilderness! If the cold is too much to bear, you can rent igloos with glass walls built especially for watching the Northern Lights from the comfort of a warm bed. 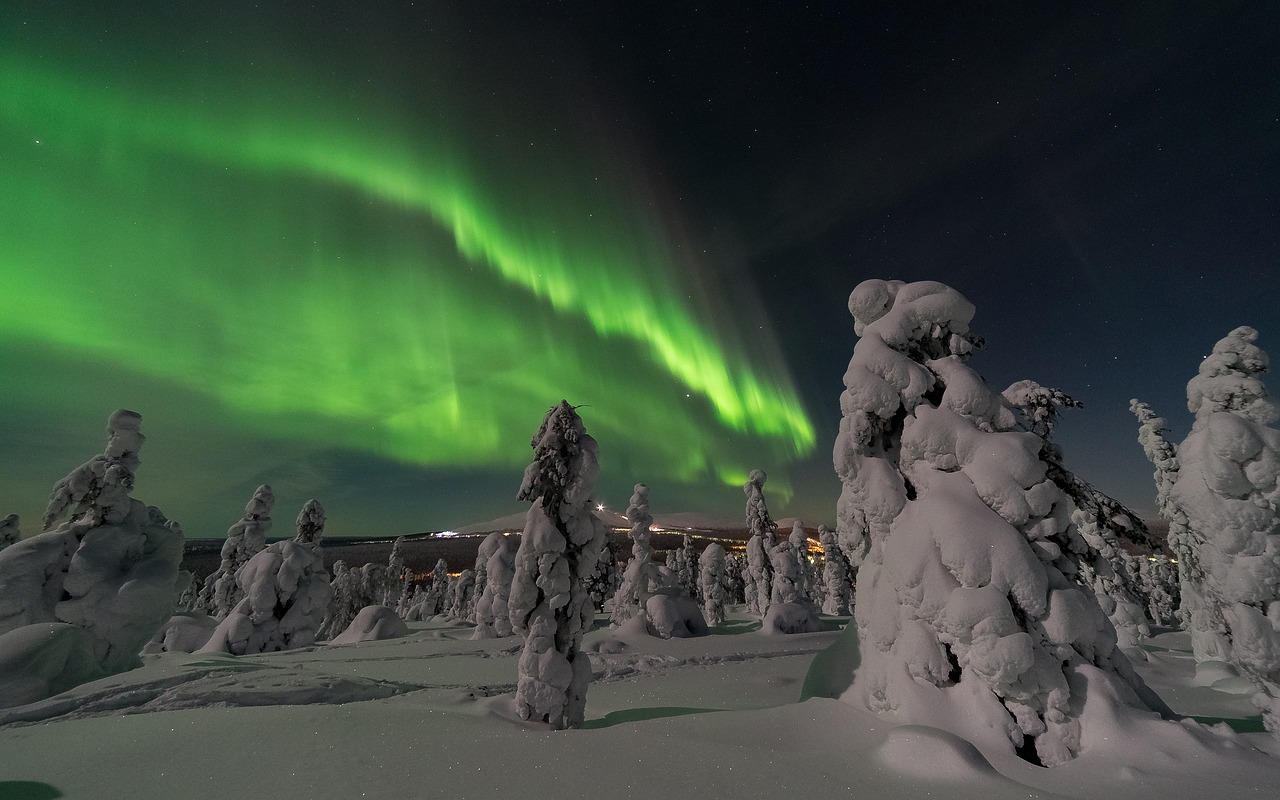 Norway is famous as the Land of the Midnight Sun. You probably figured out why. Norway is the Land of the Midnight Sun because, during the summer season, you can see the sun above the horizon even at local midnight. Are you astonished? The midnight sun is a naturally occurring phenomenon. It happens because of the unique position of Norway on the globe. The northern regions of Norway experience the 24-hour daylight for two months from late May to July. At midnight, the sun is close to the horizon; the sky displays the glorious colors of dusk. The sun does not set. Skywatchers from all over the world come to witness this mind-blowing phenomenon!

In case you were wondering, yes, this also means that the northern regions of Norway experience total darkness for some months during the winters. These perpetual nights make it the best opportunity for skywatchers from around the globe to see the northern lights throughout the day! The peak season for witnessing the Northern Lights is from November to March. The city of Tromsø is the most popular tourist spot to go Aurora hunting. Norway is one of the best places to spot the gloriously green and pink Aurora Borealis. 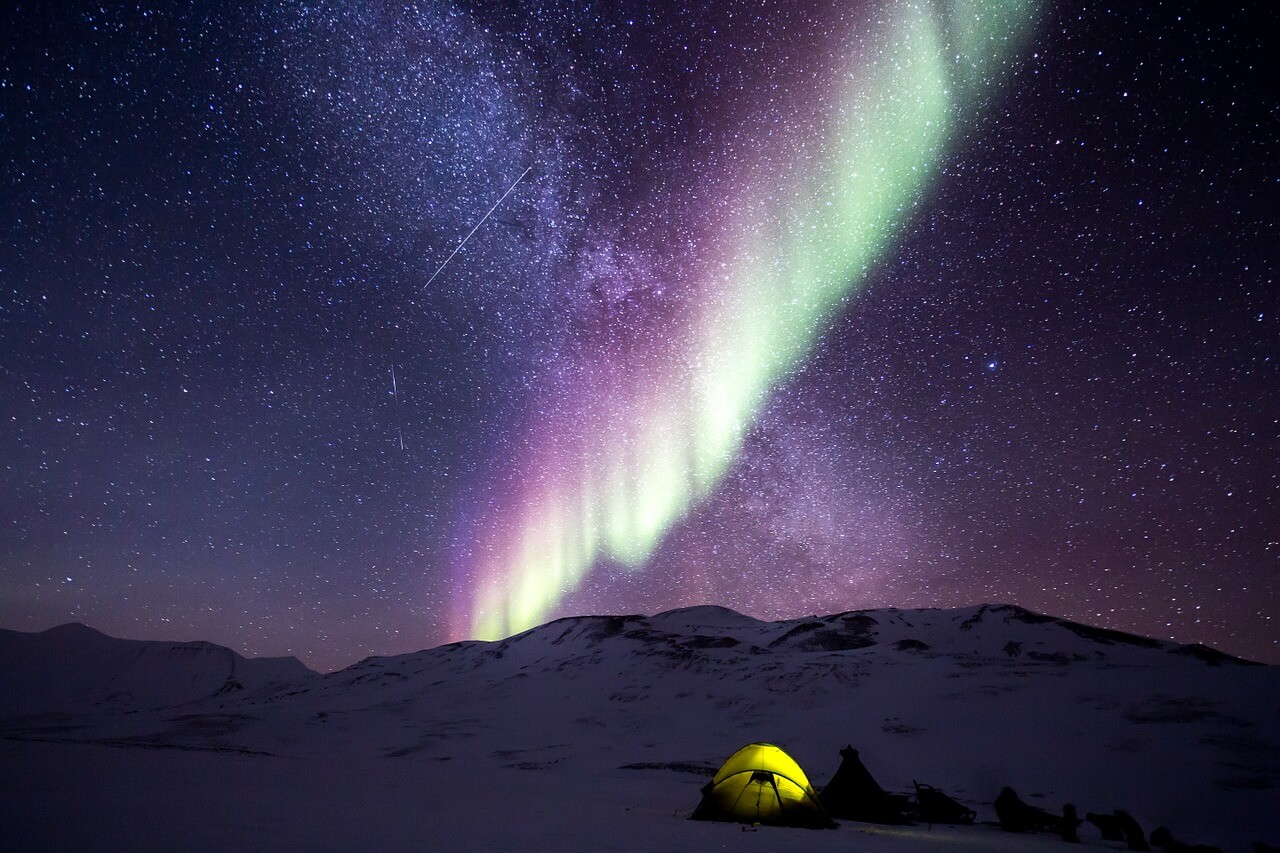 The rooftop of the world, the Himalayan Ranges are imposing. The peaks of the Himalayas, most popularly Mount Everest, are the major attraction for mountaineers here. However, away from the blinding night lights of bustling city life, the Himalayan Ranges offer some of the starriest skies on planet Earth. At night in the Nubra Valley in Ladakh, as the sun sets, a spectacular vision of the milky-way galaxy meets the eye against the silhouette of the majestic Himalayan Mountains. Skywatchers also throng to the night skies of Sonmarg, Sarchu, and the Kuari Pass. 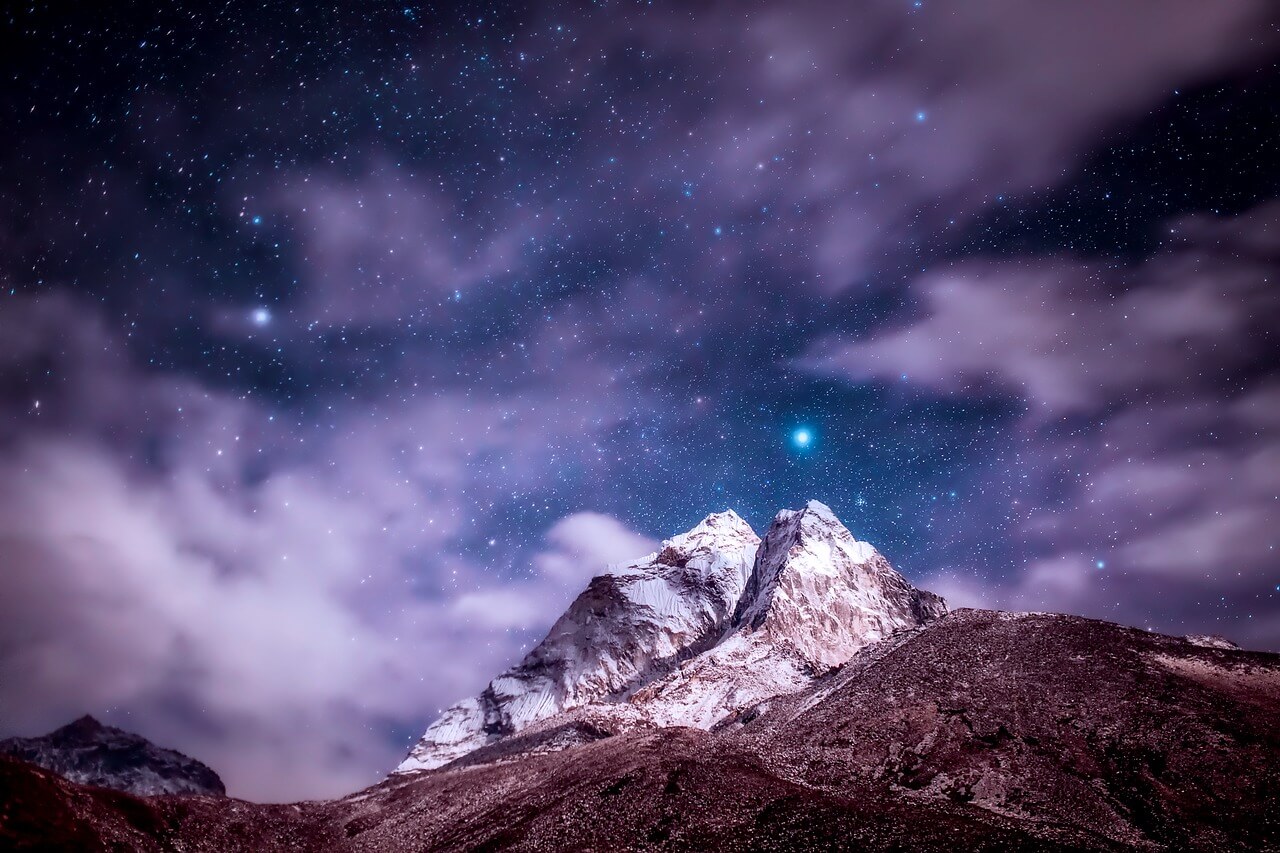 The Atacama Desert in Chile is one of the driest places on planet Earth. Due to no artificial light installments anywhere, the Atacama Desert is virtually free of any light pollution. Consequently, it offers some of the starriest nights in the whole world. At night, you can see innumerable stars against the pristine, black sky. San Pedro de Atacama is the major stargazing spot for stargazers who come here in search of the best views of the Milky Way galaxy.

You can conveniently find stargazing tours into the desert here. The guides will be able to tell you a lot about how the Southern skies are different from the Northern skies. If you get your hands on telescopes during the tour, you will be able to see the various planets in our solar system too! Even without any instruments, the longer you gaze into the sky, the more stars you can see! A stargazing trip to the Atacama Desert can be one of the most memorable trips of your life. 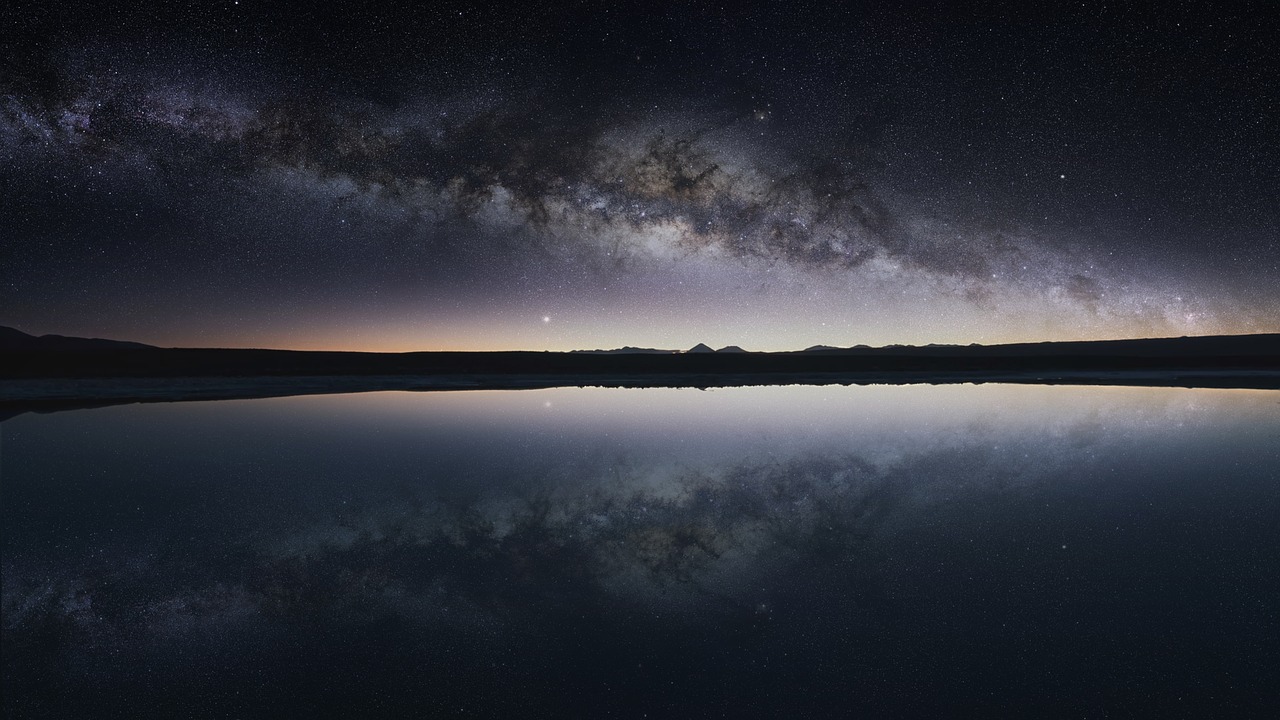 The Alps Mountain Range is the highest mountain range in Europe. Being sparsely populated, the Alps Range is also one of the rare areas in Europe free of light pollution. This property makes the night sky as viewed here clear and starry! The Alps Range offers some of the most spectacular views of the galaxy in Italy, Switzerland, and France. Austria also provides many opportunities to skywatchers for comfortable skywatching. 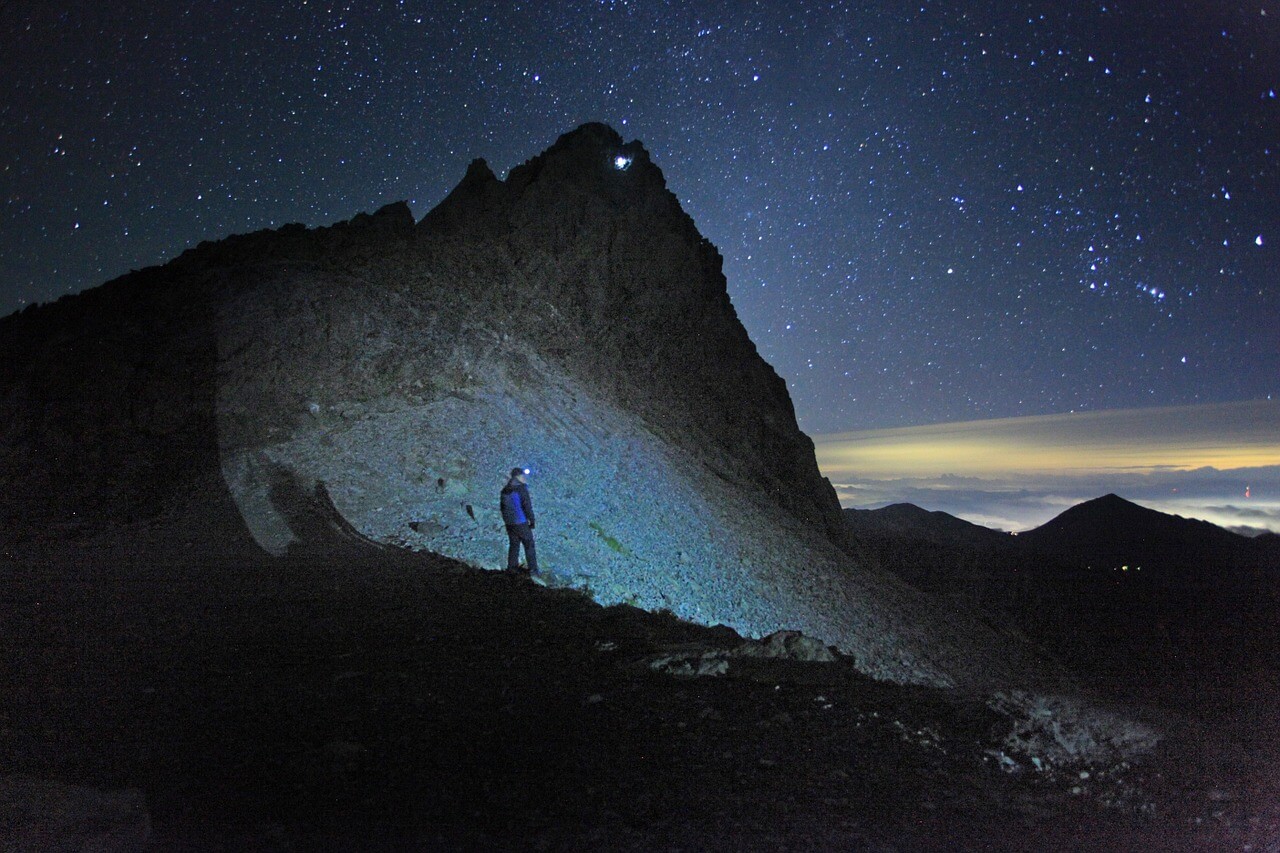 These are the five best locations for exploring the skies in 2019. All these places are on the bucket list for skywatchers. Get a scratch-off map of the world and have fun scratching these countries off as you visit them one by one! Get out of bed and feel closer to the universe as you observe the stars at these places.