My brothers and I love playing around with Mommy’s iPad but unfortunately for us mommy doesn’t like us using her electronics too often. Mommy thinks that her electronics are for her and we get to use them very sparingly. Not too much electronic time for us. When we were offered the opportunity to review the Camelio Tablet by Vivitar mommy jumped at the chance. She practically did a happy dance, I kid you not! Mikael had been asking for his own tablet for quite some time. 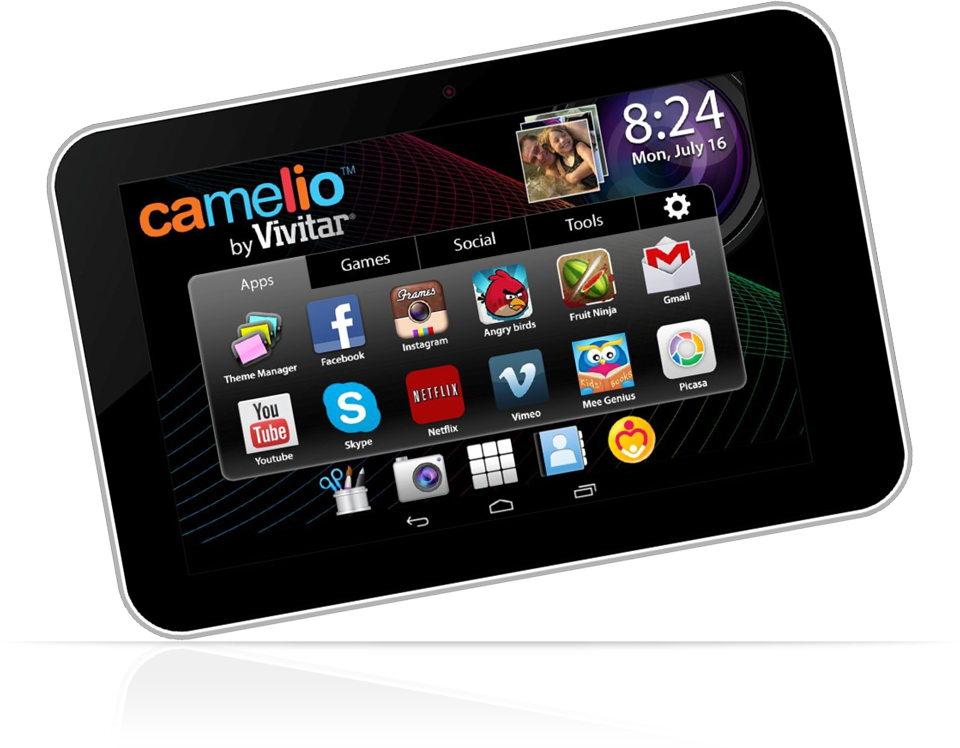 According to mommy and these are her exact words..”you will get one when pigs fly”. I guess pigs must have started flying because Mikael now has his very own tablet in the form of the Vivitar Camelio. I swear I haven’t seen one fly as yet but I’m sure they must be somewhere. After all it was the only way Mikael was going to get a tablet. 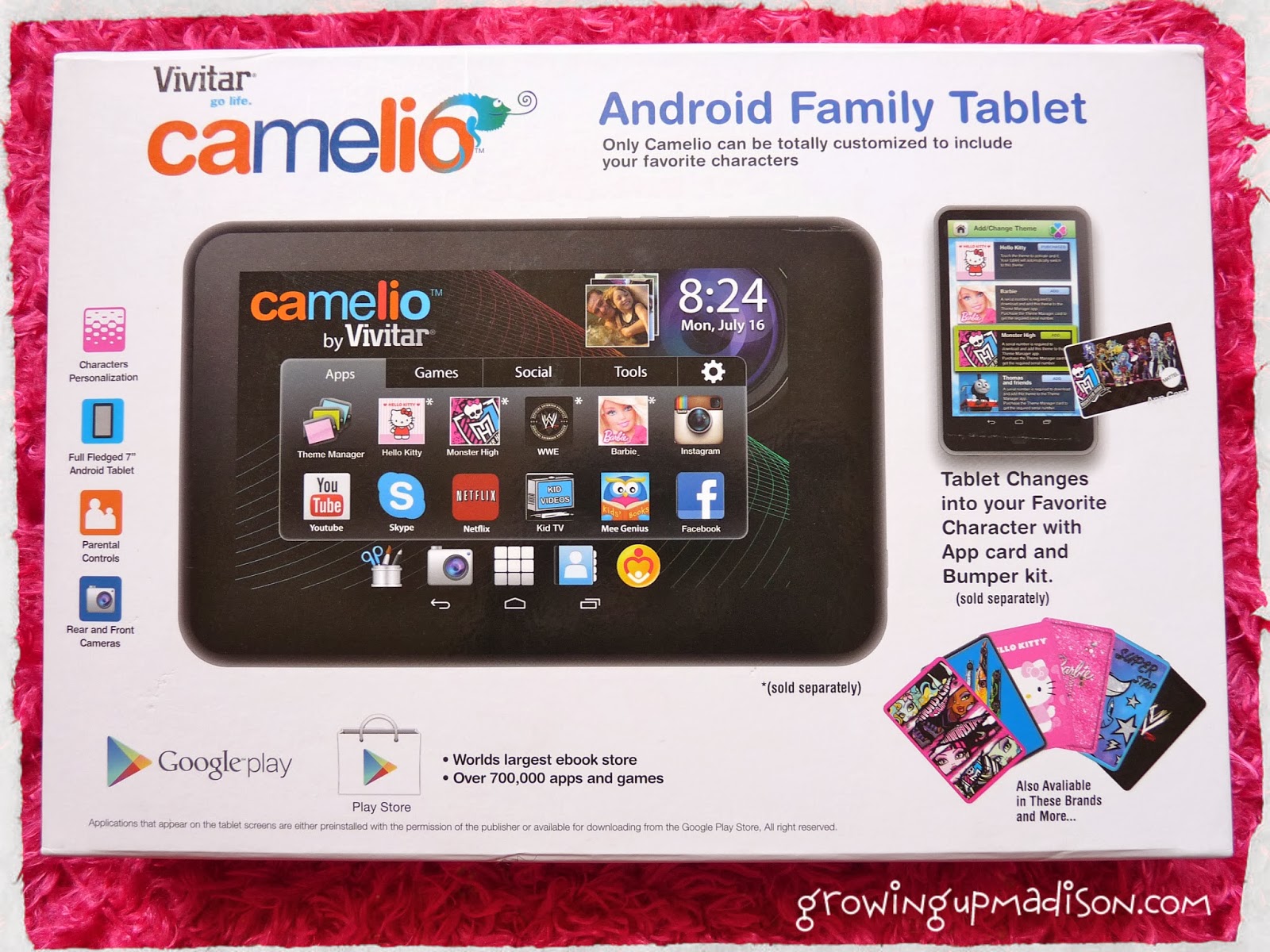 The Camelio is a unique Android tablet that allows you to customize and personalize your tablet with your favorite characters! Up to 5 users can easily create their own profile and customize their account with Camelio “Personality Packs” (sold separately).

Now lets talk about the Vivitar Camelio CAM740 a little bit. It comes boxed up really nicely so if you’re thinking about gift wrapping for that special occasion, Birthday, Christmas, you name it, it will not be a problem at all. Ever since Mikael got his tablet he has been playing non-stop. Set up was very simple but it was recommended that you charge the Camelio before use. 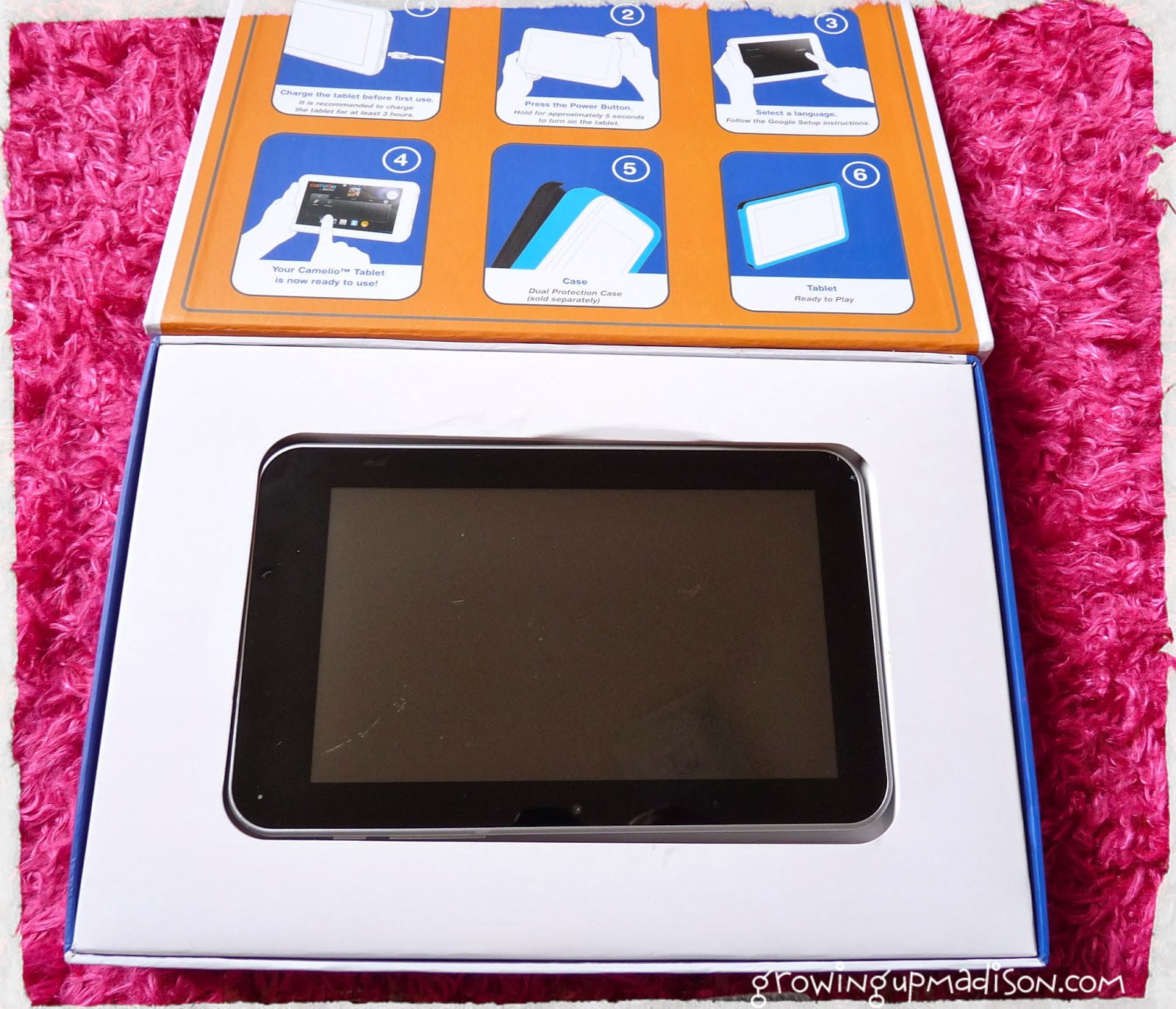 The Camelio is the perfect tablet for little ones. Although it is considered a “family” tablet I would recommend this for kids ages 5+. It comes with a 7″ screen which is big enough for little ones and also comes pre-loaded with a few games/apps as well. The screen isn’t as touch sensitive as we would like it to be but it works. There are also parental controls which is very easy to use according to mommy. This is great for those that want to limit what their kids play and download. Now the reason this is considered a family tablet as well is because up to 5 users can have their own profile on this tablet. How cool is that? 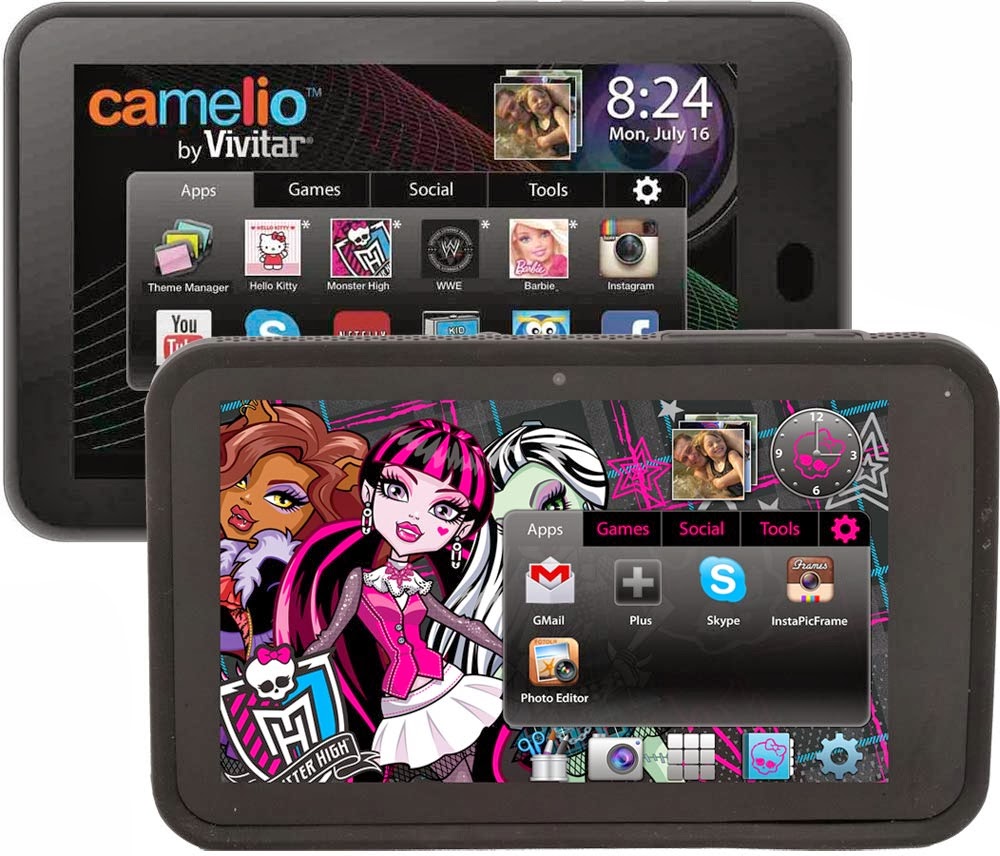 The Camelio features customizable personality packs which lets you create your own experience. The only thing about that is that they are sold separately. The one Mikael got did not come with a personality pack but there are plans for get one for him. They are based on his interest and age and includes themes such as, Hello Kitty, Hot Wheels, Barbie, Monster High, My Little Pony and Thomas.

Since the Camelio is Android powered, you have access to thousands of apps which is available for download in the Google Play Store. You won’t have to worry about space since the Camelio comes with 1GB memory for running apps and games but you also have a 4GB flash drive that is expandable up to 32GB. That’s a LOT of memory if you ask me.

With the textured backing it makes it very easy for Mikael to hold onto. He can be a klutz at times and so far he has yet to drop the Camelio which is nice. He also doesn’t share with me but mommy says that ok too since I may drop it myself. It does have a camera installed but the picture quality isn’t the best. You can take a selfie if that is what you would want to do since it is also forward facing. The front camera is only 0.5 mega pixel while the back camera is 2 mega pixel. 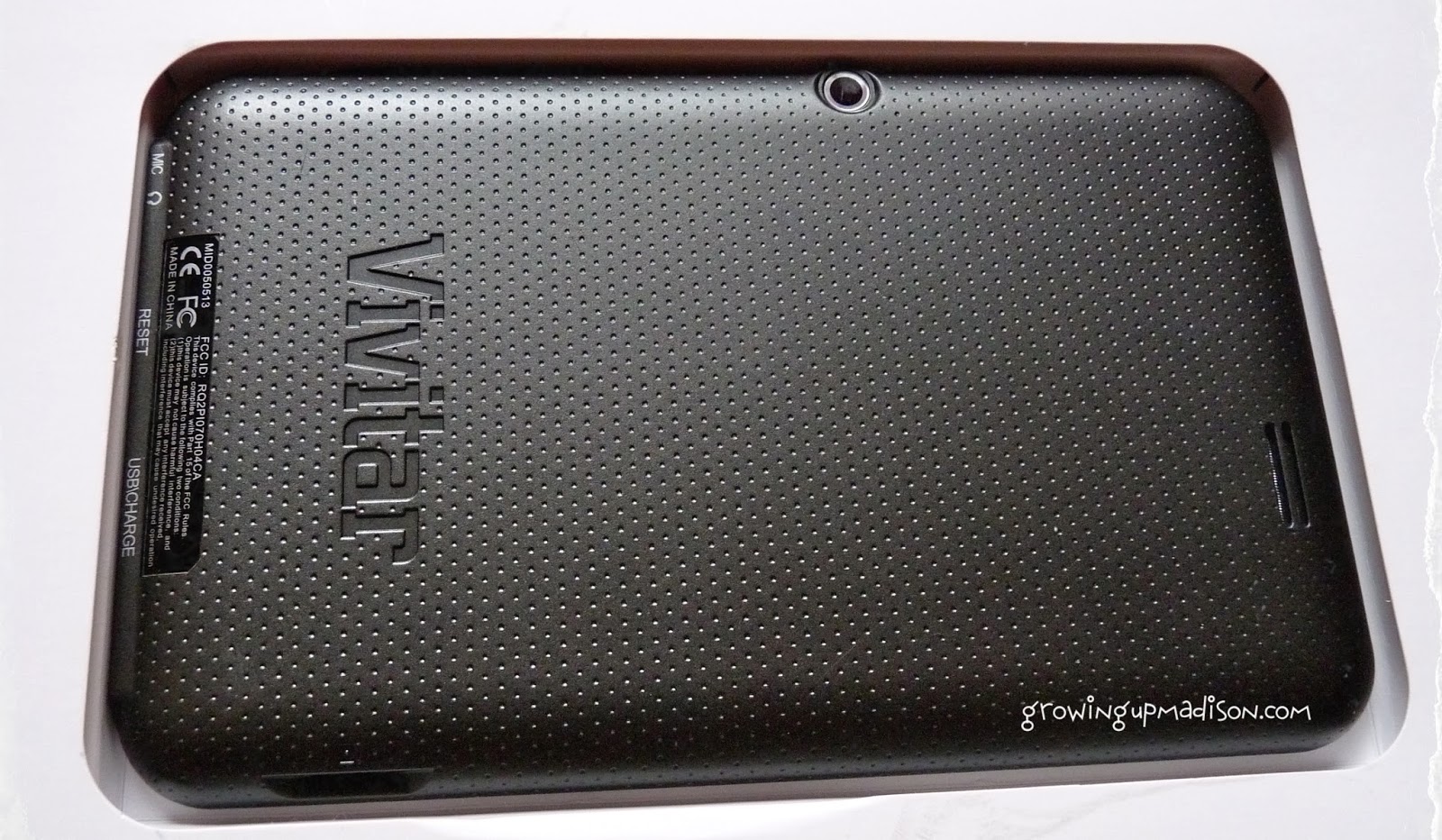 Ok so these are the things that mommy and Mikael did not like too much with the Camelio CAM740. It comes with a rechargeable lithium battery but the battery life did not last as long as they would like. Approximately 5hrs of usage on a full charge. That’s not very long. If you’re going on a long drive be prepared to walk with a car/portable charger. It is charged via USB cable so charging will be no problem.

Each of the added personality pack can add another $30 each to the cost of the tablet which in itself isn’t entire too expensive. We did wish that the starter pack came with at least one so that you have an idea of what to expect. 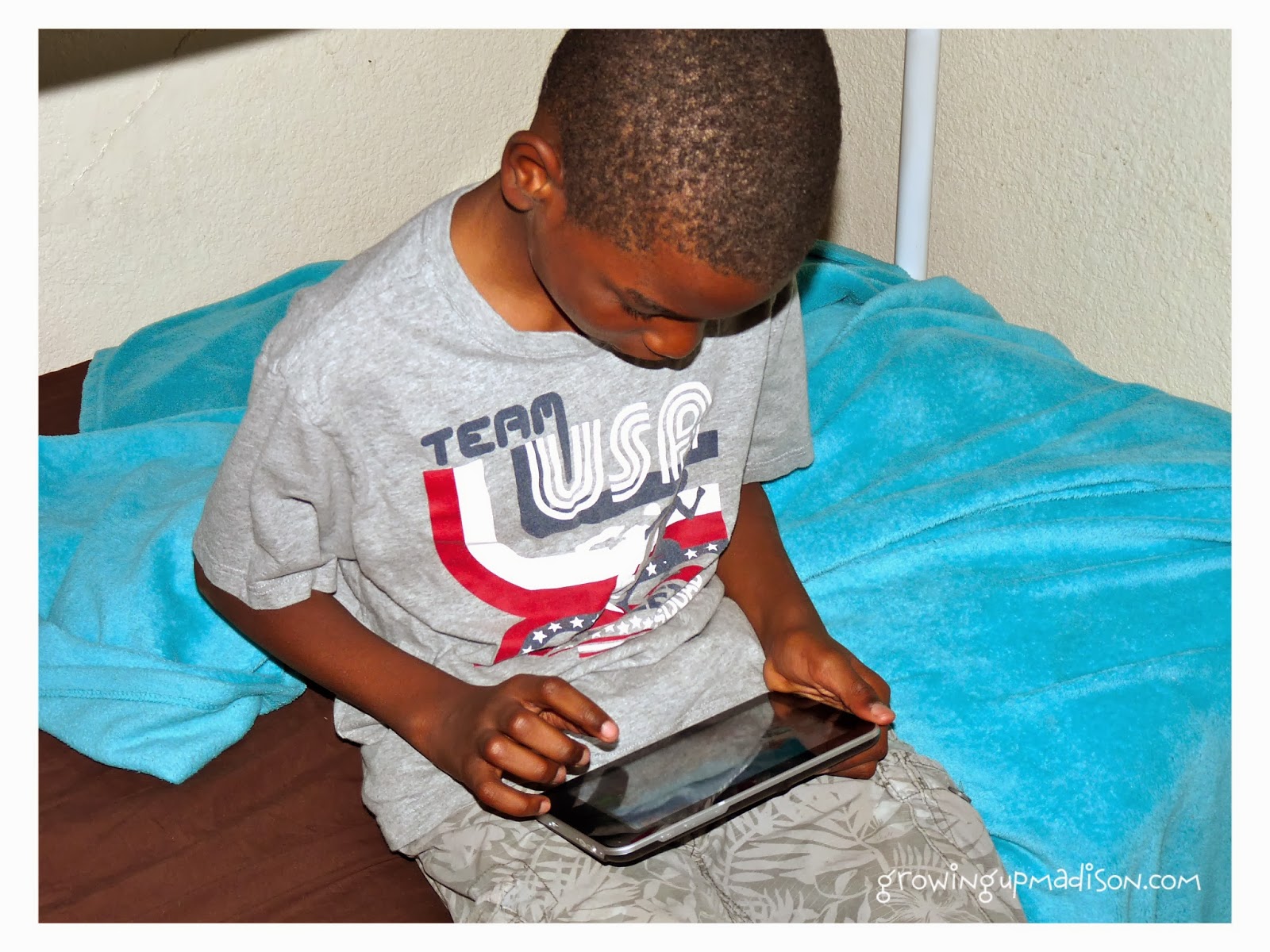 Besides those two minor details Mikael really loves his Camelio CAM740 tablet and we think its a great tablet for the little ones. The Camelio CAM740 gets Mikael’s Big Thumbs Up.