This is a sponsored post in partnership with 2nd Skull® and The Motherhood. I received complimentary product as part of this partnership; all opinions are my own.
Tweet
Share
Pin
Flip
Buffer
0 Shares

My son Kyle is a basketball superstar, or at least he likes to think of himself that way. However, as a basketball mom and a former military member, I know a thing or two about head injuries and would always worry whenever he had a game. Now I have a lot more peace of mind with 2nd Skull®.

If you’re a sports mom, whether it be basketball or football, or any sport for that matter, one of our worries is that our child would be hurt while playing. Head injuries are by far the most dangerous. Head injuries can lead to concussions, which can also lead to death, and that is something we want to avoid at all costs. While helmets have proven effective, an extra layer of protection can’t hurt, can it? Kyle plays a sport where he doesn’t use a helmet and has bumped heads with other players while trying to perform a dunk into the hoop, or even while trying to steal the ball. After every game, especially after an accident, I would ask “are you alright?”, “Does your head hurt?”. So when given the chance to experience the 2nd Skull® Band, I was excited. Kyle, not so much. Not only does he not like taking photos, but he couldn’t see how a “headband” (his words), could really help. Boy is he choking on his words now! 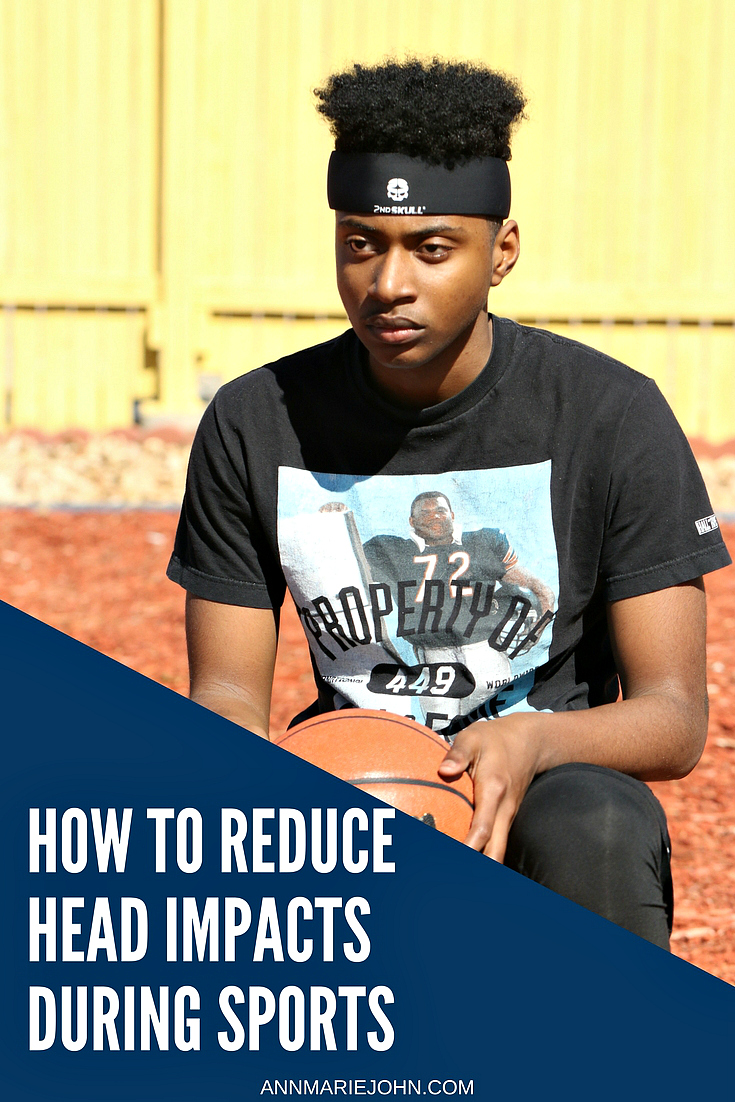 When the 2nd Skull® Band arrived, I was really impressed with the design and even tried it on my own head, and was amazed at how comfortable it was. Here is what you should know about 2nd Skull®.

2nd Skull® is the manufacturer of a patented protective skull cap that fits under helmets to improve safety and mitigate the impact of blows to the head.

I am all about products being manufactured in the U.S. Just having that U.S stamp makes me feel so much more comfortable about purchasing a product, and 2nd Skull® is manufactured right here in the good ole USA. Currently there is a skull cap and the band. The skull cap is a compressive, antimicrobial cap with an extra thin layer of XRD® Technology, an extreme energy absorbing material. This material is made with special urethane molecules that are soft and flexible at rest and then momentarily harden under sudden pressure. 2nd Skull® has conducted biomechanical testing at independent labs in North America and the United Kingdom that has shown the skull cap reduces both rotational and linear impact when worn under football and other athletic helmets.

Now it was Kyle’s turn to give the 2nd Skull® Band a try and these were his words. “Wow, I like it. This would really work!”. So I asked: “What do you like about it?’ – to which his response was “I like how thick it feels, so if I bump into one of the guys I wouldn’t feel it as much on my head.”

That’s what I wanted to hear! And also what most sports parents want to hear as well.

Since he doesn’t use a helmet when playing basketball, the added protection from this stylish band gives me so much peace of mind. There is also moisture-wicking for those sweaty games so it’s not dripping down into his face, and best of all it stays in place when he’s playing. It’s also antimicrobial treated so that it doesn’t stink, but when he’s done, it’s as simple as throwing it in the washing machine and it comes out clean once again.

2nd Skull is now his go-to product whenever he’s playing sports. Now those bumps to the head are not as terrible as they used to be since his 2nd Skull® absorbs the impact. You too can reduce those head impacts while your own kids play sports by purchasing either the 2nd Skull® Cap or the Band.

Tweet
Share
Pin
Flip
Buffer
0 Shares
This is a sponsored post in partnership with 2nd Skull® and The Motherhood. I received complimentary product as part of this partnership; all opinions are my own.