For those of you who are brand new to my little part of the internet or the blogosphere as I like to call it, I am going to tell you this. We are city dwellers originating from Brooklyn, New York. It doesn’t get any more city than that. The closest we’ve come to farm country has been living here in Colorado and even that doesn’t come quite close. When Maximum Games offered to send their newest game Farming Simulator 15 which debuted on May 19th, my son was ecstatic. Farming Simulator 15 is currently available for the following gaming platforms. Xbox One, Xbox 360, PS4, PS3 and PC. It is rated E for Everyone so for you parents out there who worry about the language in video games these days, no need to worry. 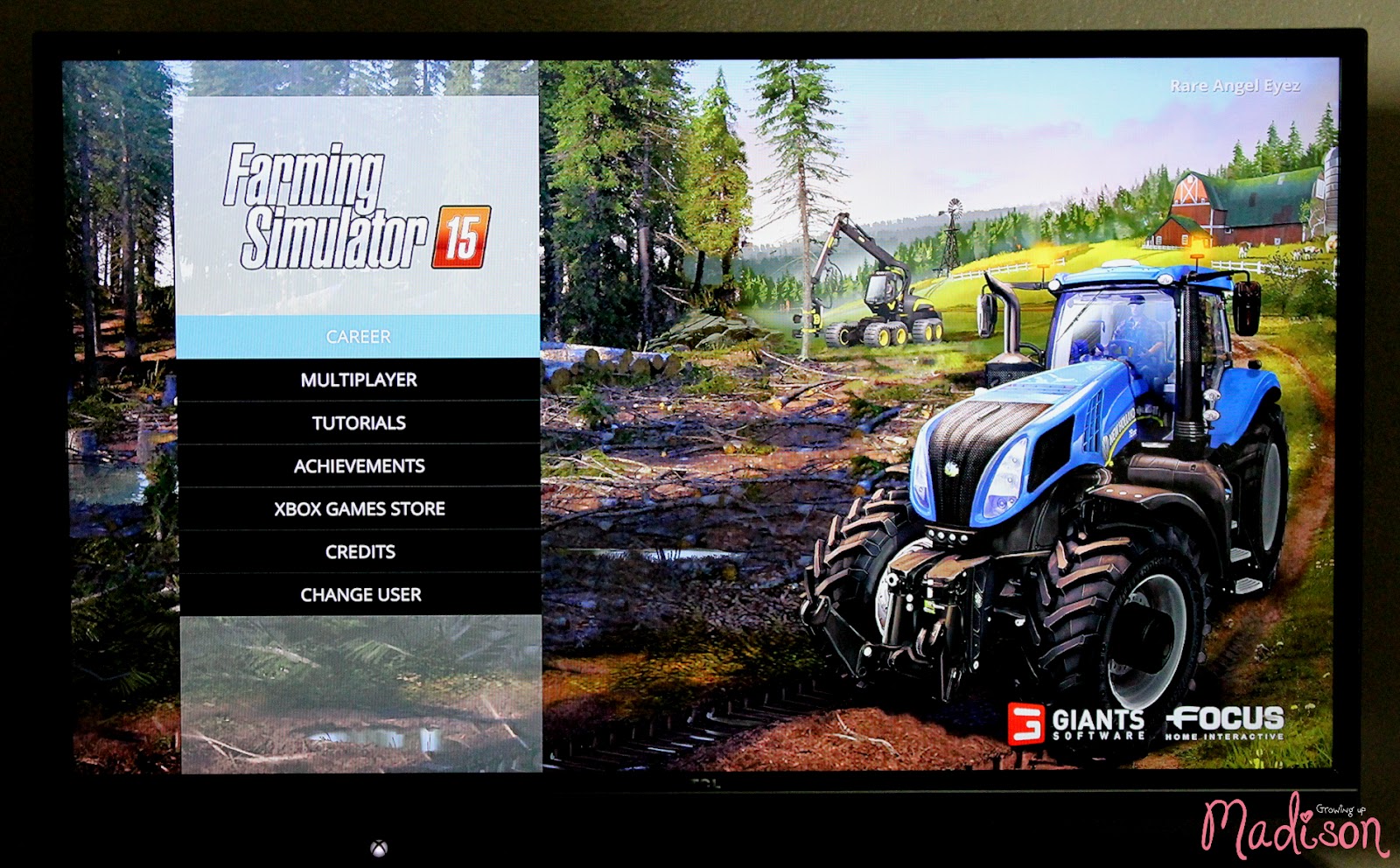 So let me begin by saying that we have never played any of the other Farming Simulator games so this was brand new to us. We received a copy for the Xbox One and as of this time, there is only an online multiplayer mode for the Xbox One and PS4. I can’t compare both games so we’re just going to focus on what we liked and of course didn’t like with this one. We recommend that if you’re new to the game to start off with the tutorial, after all no-one likes going into a game not knowing what they’re doing. 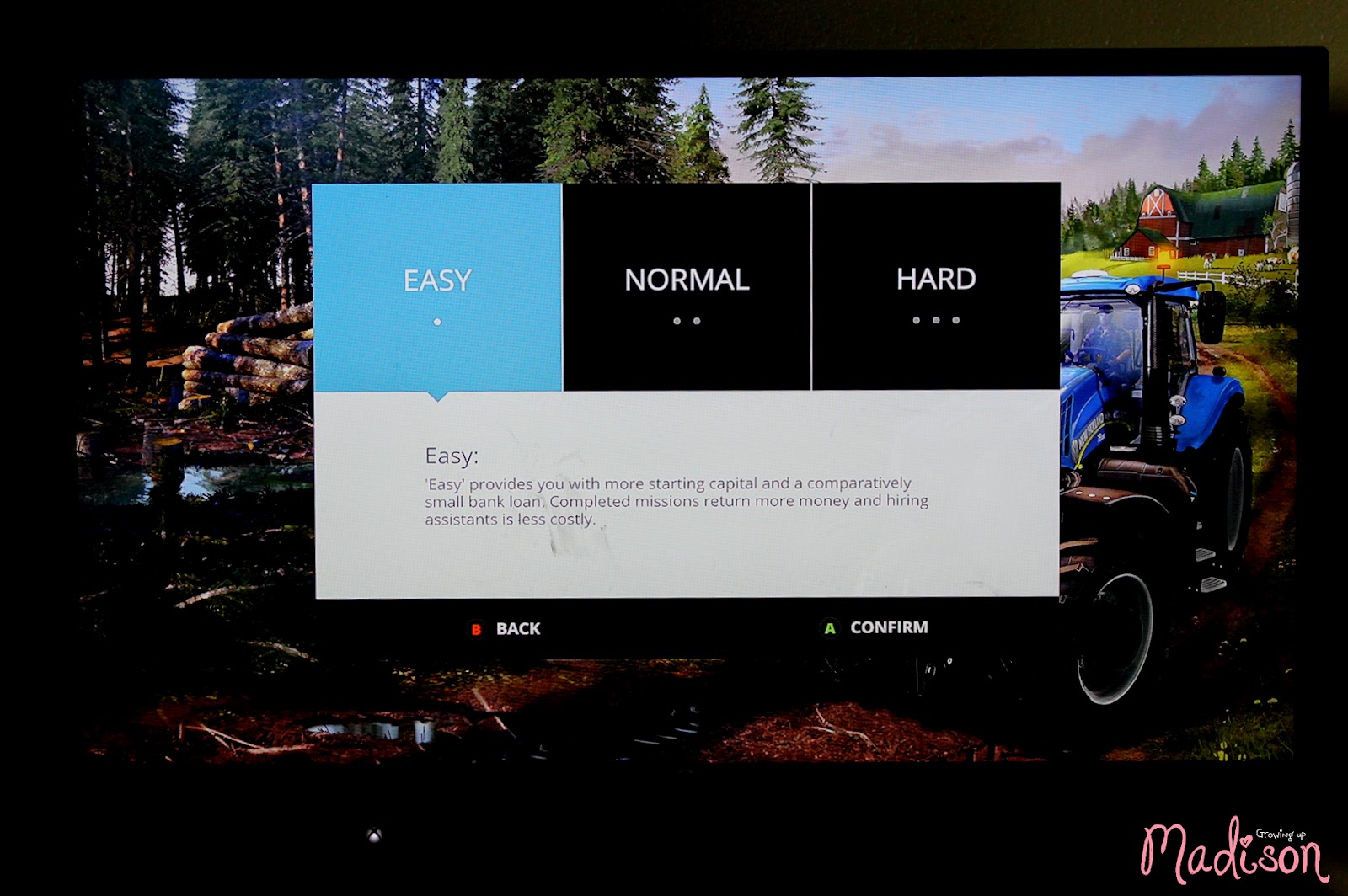 There are 3 game modes (Easy, Normal and Hard) and Mikael decided to start off playing on Easy since it was his very first time playing. He had no idea how addictive this game would become. The game looks totally realistic. From the crops to the vehicles and even the environment. 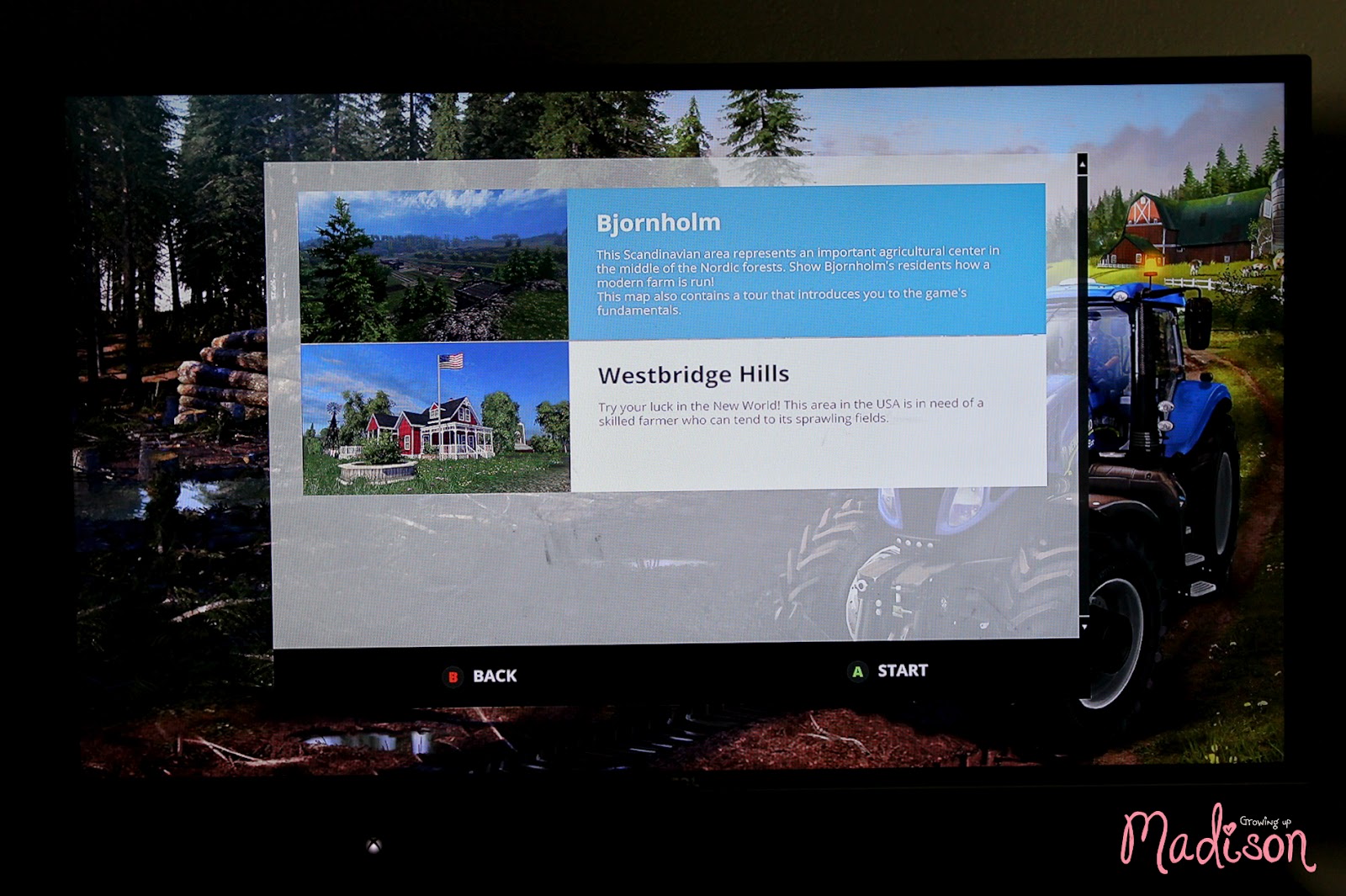 We noticed that the load time was pretty fast which is something that we loved. Now this game not only includes crops but you also get to breed animals like chickens, sheep and cows. You can grow your farm by tending your crops which you will then get to harvest. Once you finish you can then sell your goods earning some hard earned cash. You can then use that cash to make your farm bigger and better. 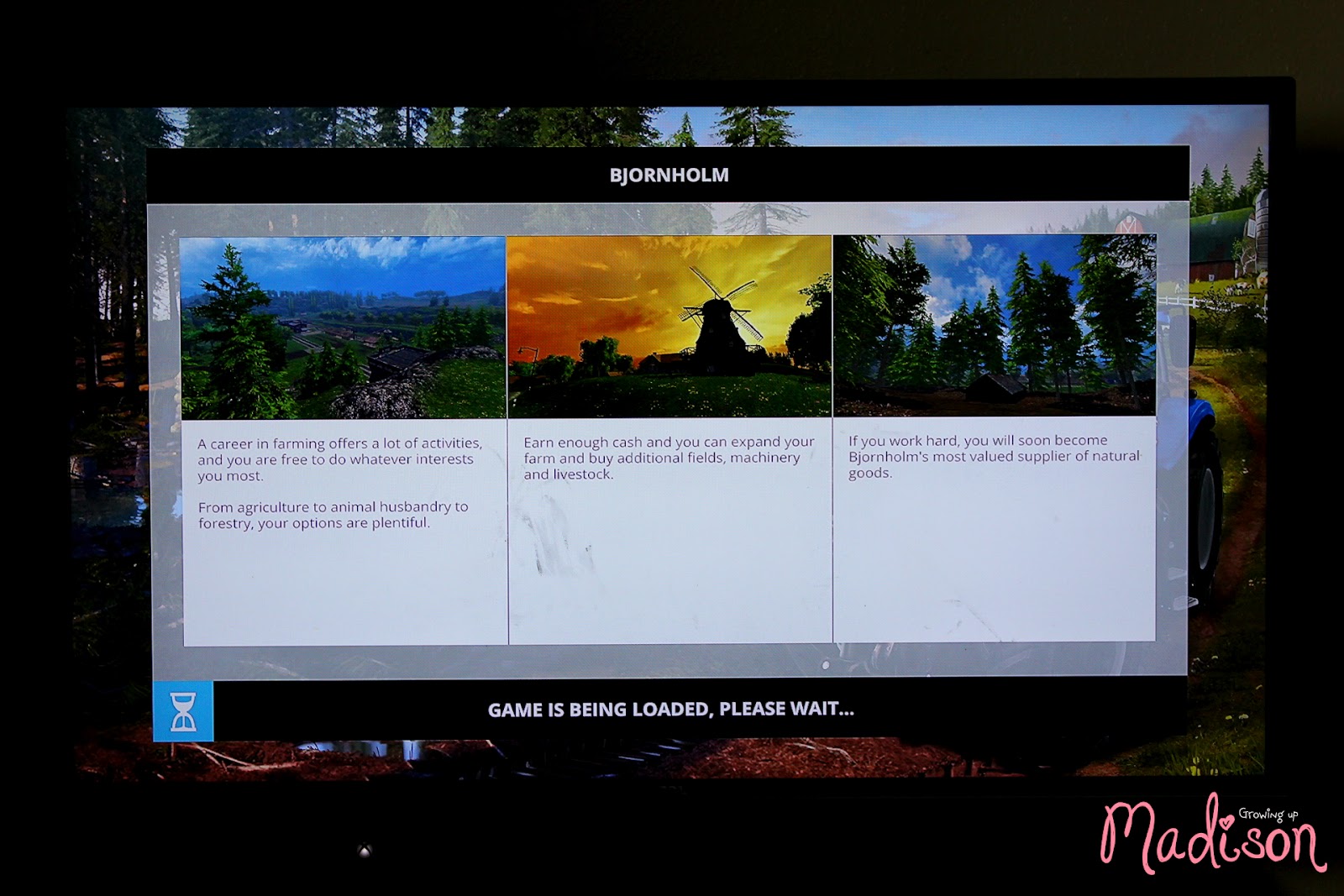 If you know about farming you may even recognize some of the brands of vehicles used such as New Holland, Case IH, Lamborghini, Ponsse, Horsch, Kuhn and more. Farming Simulator 15 really went all the way with this game, even including a weather forecast into the game. After all you don’t want to go out in a thunderstorm to log. 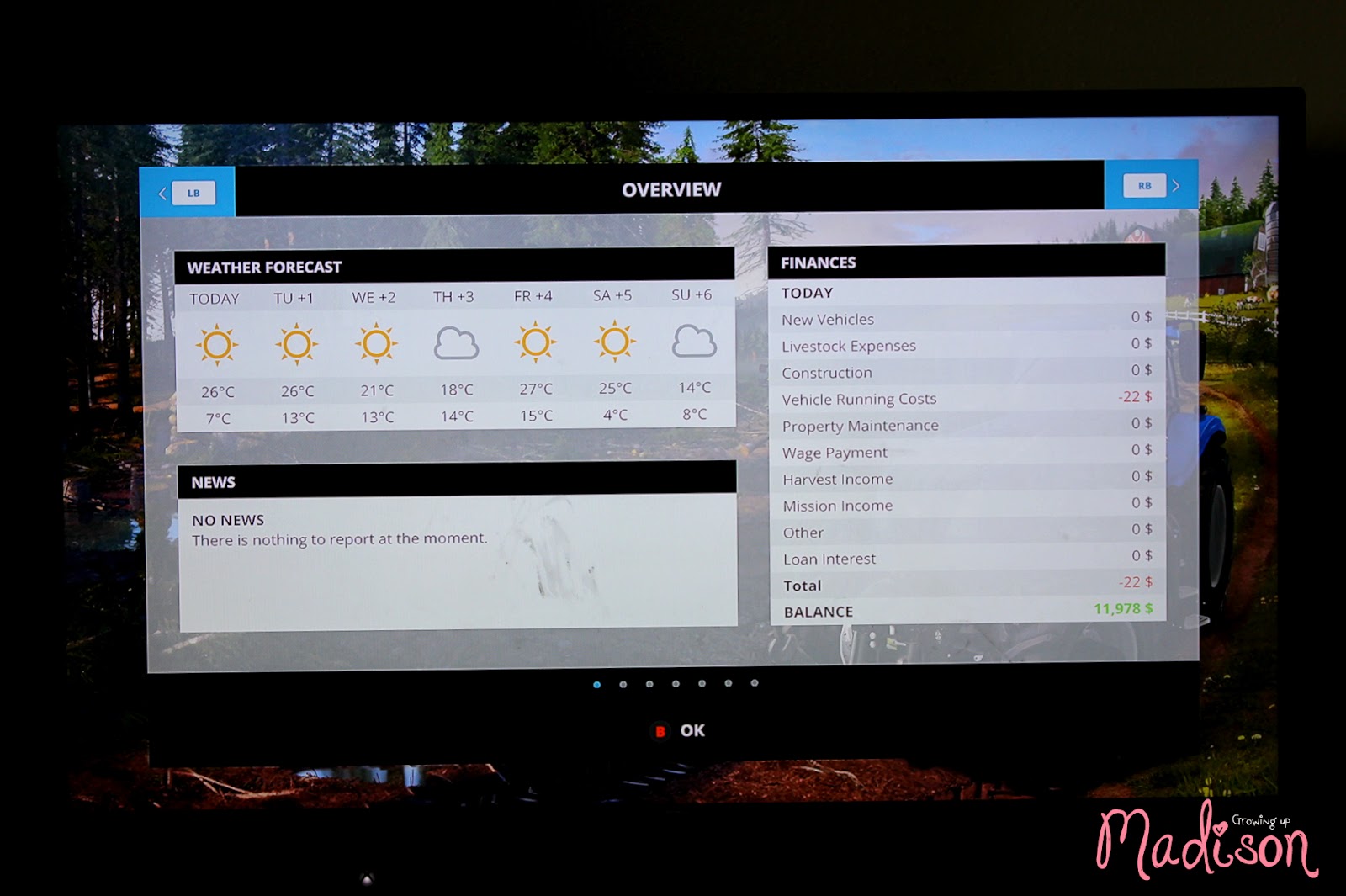 Your vehicles do get dirty and when they do be prepared to wash them. Be prepared to fill up your vehicle with gas and be prepared to actually work. Now one of the things that we didn’t particularly like was the fact that vehicles use liters and you have to buy your land by the hectare and not acre. Great for European players but might be a little confusing for Americans. Besides that simple issue we have no lag issues, no bugs and the game has played smoothly. 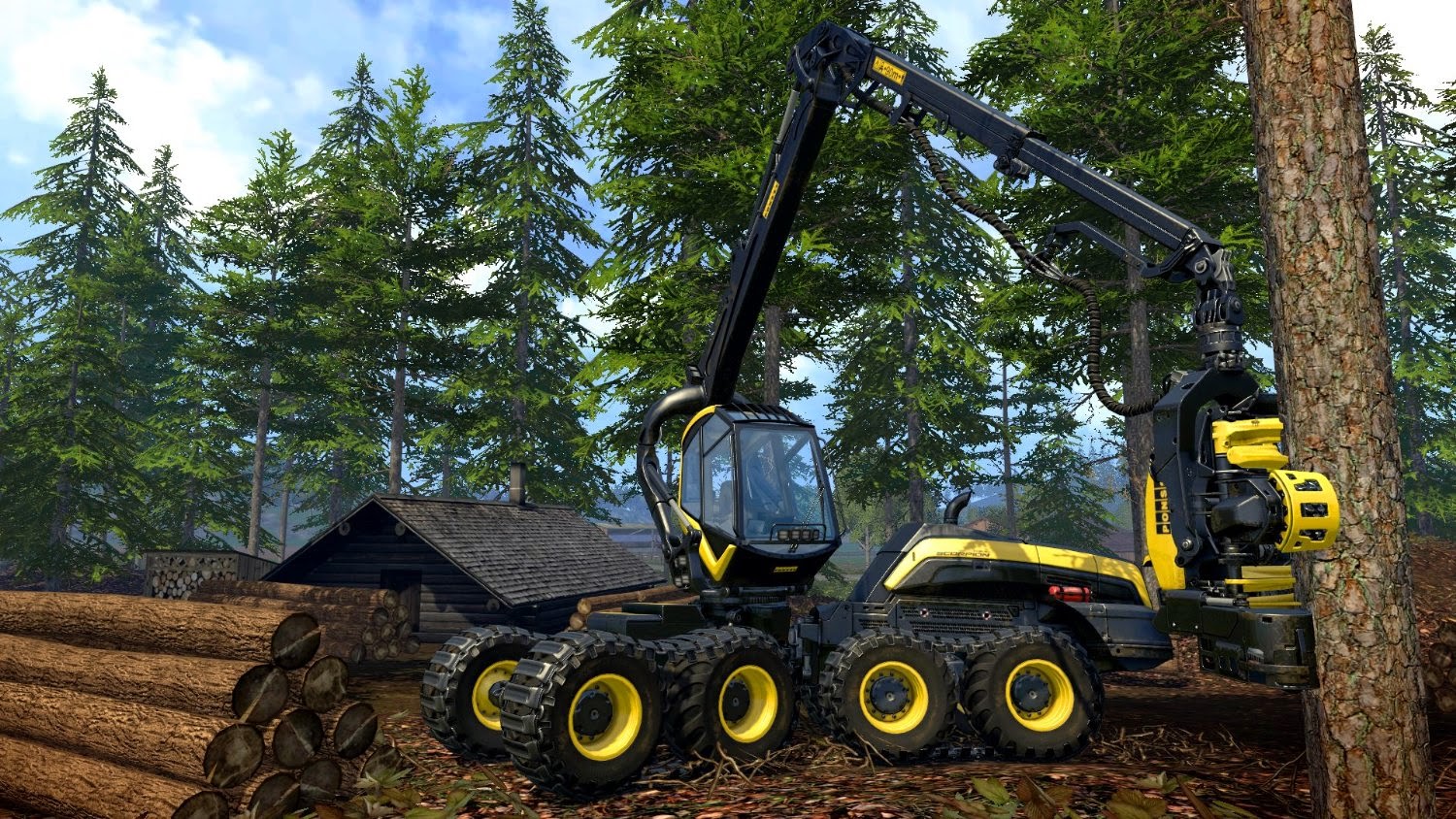 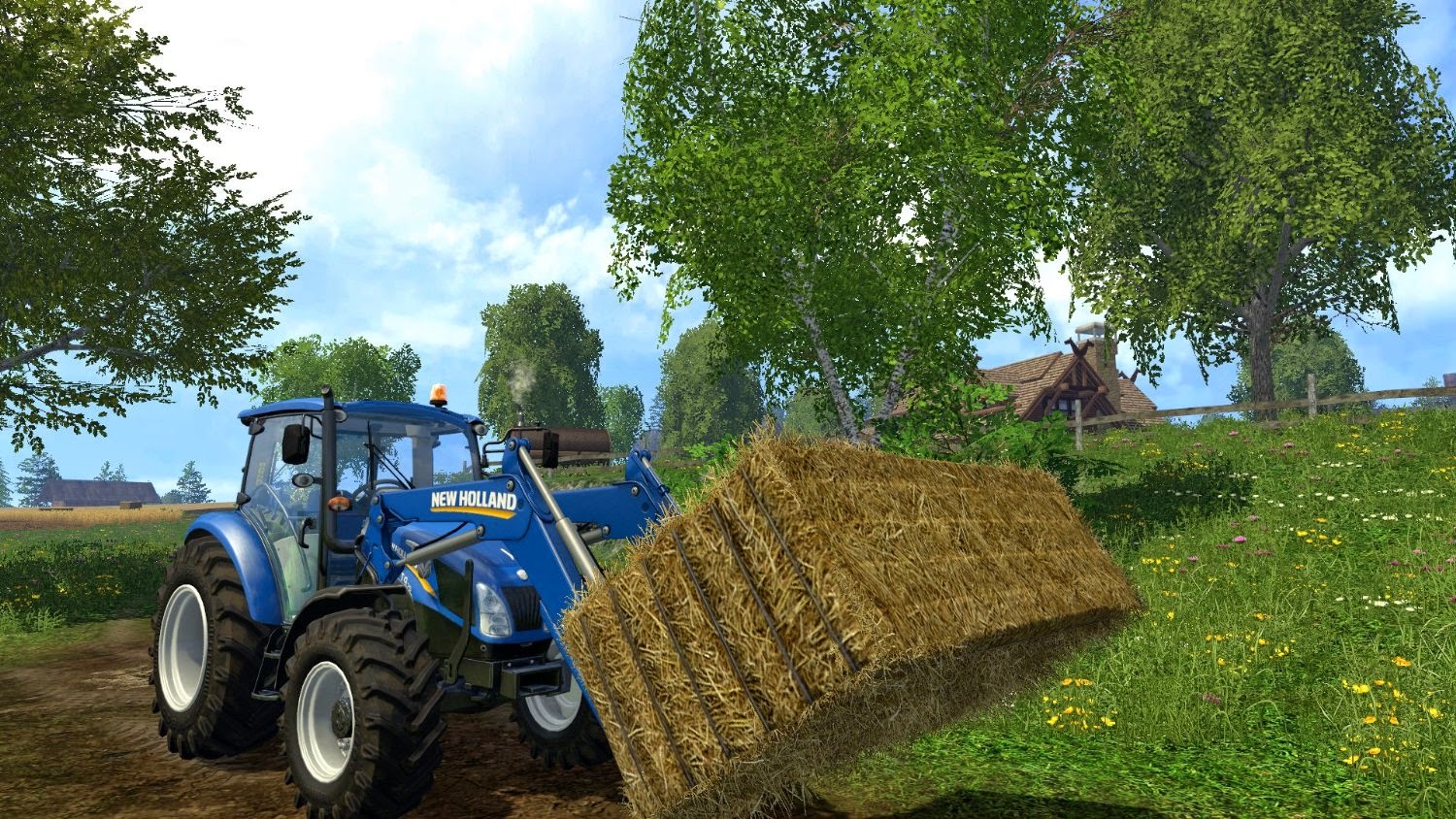 Here is the description for Farming Simulator 15.

Farming Simulator 15 invites you into the challenging world of a modern day farmer. Take on all the challenges of farming life, including working with animals (cows, chicken and sheep), cultivating your land and harvesting crops.

Manage and grow your own farm within a huge open world, including an all-new Nordic environment.

Over 100 vehicles and tools

Over 40 licensed brands including New Holland, Case IH, Deutz-Fahr, Ponsse and many more

Discover the freedom of woodcutting, with all new tools and equipment

Play with your friends in multiplayer mode

Now take a look at the Farming Simulator 15 trailer:

Mikael just loves the game and literally hasn’t put it down since he started. He is really trying to become the best farmer there is. Now you and/or your kids can become a world class farmer too with Farmily Simulator 15. Pick up your copy of Farming Simulator 15 today at Amazon, Target, Best Buy, GameStop or wherever video games are sold. It gets our BIG KIDS THUMBS UP!

Here are the ways to connect with Maximum Games: